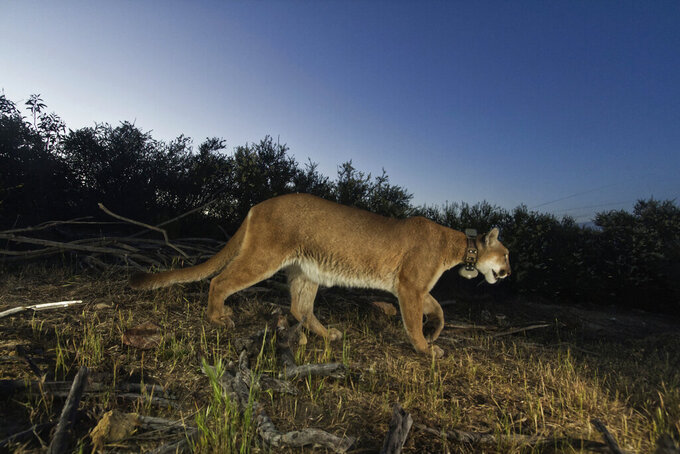 The body of the 5-year-old female cougar dubbed P-65 was discovered near a stream in the central Santa Monica Mountains in March, the park service said in a statement Monday.

P-65 suffered from a severe case of notoedric mange, evidenced by hair loss and skin encrustation, especially on her face and head, the statement said.

Previous cases of mange among mountain lions outfitted with tracking collars were treated with a topical anti-parasitic medicine, said Jeff Sikich, a wildlife biologist with the park service.

“All of these animals recovered from their mange disease as best as we could tell from remote camera photos or later examination. However, in P-65′s case, we did not know about her disease until after she had died," Sikich said in the statement.

A necropsy determined that P—65 had also been exposed to five different anticoagulant rodenticides, or rat poisons. Cougars typically eat squirrels or other small animals that had ingested the poisons, researchers have said.

P-65 was outfitted with a radio tracking collar in March 2018 by biologists who are studying how the big cats live in habitat fragmented by urban sprawl, barriers that limit genetic diversity and with hazards ranging from poisons to roads and freeways.