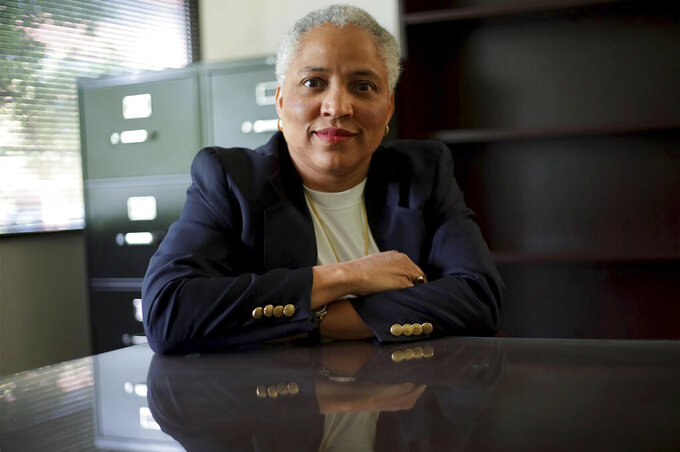 DOVER, Del. (AP) — Delaware Democrats solidified their hold on state government Tuesday, winning all statewide races and picking up another seat in the state Senate.

Democrats went into the election already in control of both chambers of the General Assembly, the governor’s office, and all other statewide elective offices.

Although she lost the election, Murray recently bested Jennings in an election-related lawsuit when Delaware’s Supreme Court ruled that a new vote-by-mail law passed by Democrats this year violates the state constitution. The court also struck down a new same-day registration law that had been passed by Democrats.

York easily beat McGuiness in the primary. McGuiness was convicted in July on misdemeanor counts of conflict of interest and official misconduct related to the hiring of her daughter as a part-time employee in the auditor’s office.

Lorrah, who has a law degree, sued Gov. Carney in February after he extended a school mask mandate that had been imposed because of the coronavirus pandemic. Shortly after the start of a court hearing to determine whether a judge should issue a preliminary injunction, state officials announced that mask requirements would be terminated.

The other statewide race saw first-term incumbent treasurer Colleen Davis win re-election by defeating Republican challenger Greg Coverdale. Coverdale is a financial planner and former state school board member who lost a bid for a state House seat in 2014.

In other races, all 62 legislative seats, 21 in the Senate and 41 in the House, were on the ballot. Six Senate Democrats and six House Democrats were guaranteed re-election, however, because they had no opponents. On the Republican side, four incumbent senators and eight House members had no challengers.

Democrats also picked up a Senate seat in Sussex County that was left vacant by a GOP lawmaker’s retirement, and maintaining their hold on an open seat in central Delaware. That gives them a 15-6 advantage in the chamber. Democrats, who went into the election with a 26-15 advantage in the House, lost an open House seat in New Castle County but picked up a vacant seat in Sussex that had been held by Republicans. Meanwhile, a razor-thin lead by incumbent Republican Michael Ramone over Democratic challenger Frank Burns in the 21 District in New Castle County made that race too early to call and could lead to a recount.