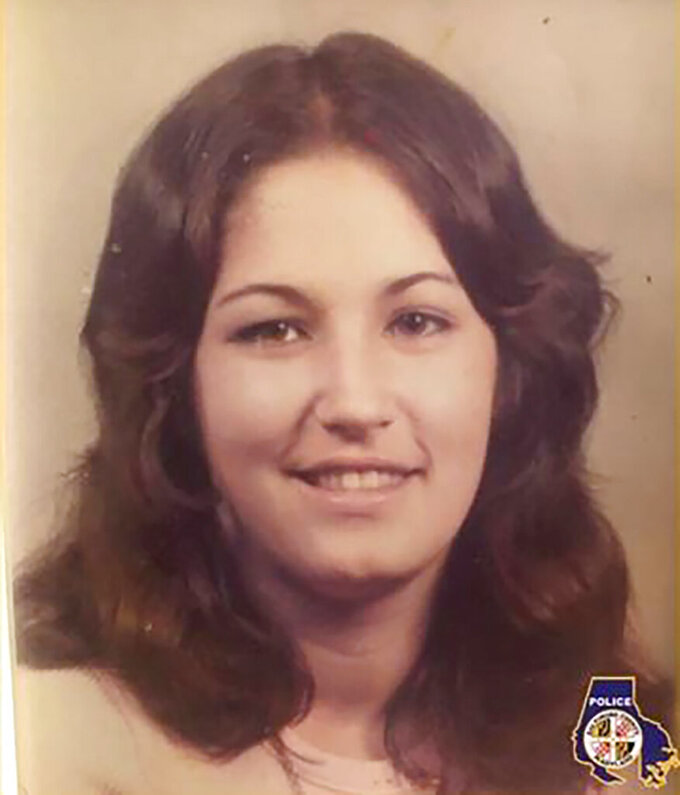 The young woman — who turned out to be 16 years old when she was killed — was identified by police as Margaret Fetterolf from Alexandria, Virginia. Family members told detectives that the teen went missing in 1975, one year before she was found strangled, with her body wrapped in a white sheet and her hands bound behind her back near Lorraine Park Cemetery.

In a video provided by county police, Cpl. Dona L. Carter, who works with the criminal investigations unit, said this is “significant” development in the case that could help catch the people involved in the murder.

“This is a really big break in the case,” she said in the video. “Because without knowing who she is or where she came from, we really don’t have too much to go on. We need to know who she may have been with to get some leads for this case.”

Carter said the department plans to head to Alexandria to try to drum up any leads in the area, including talking with and visiting the Hayfield Secondary School, where Fetterolf attended at the time she went missing. Detectives are also interested in talking with any friends or former classmates.

For years police believed Fetterolf hailed from the Boston area after testing pollen particles that clung to her clothing in 2016. Authorities said the blend of cedar and mountain hemlock pollen, identified by a scientist with U.S. Customs and Border Patrol, was a combination only found at the Arnold Arboretum in Boston or the New York Botanical Garden.

Clues found at the scene had long pointed to Massachusetts. The type of cloth seed bag pulled over Fetterolf’s head was sold only in Massachusetts. A key in her pocket was made by ILCO in Fitchburg, Massachusetts. A crude tattoo of the letters “JP” could signify the Boston neighborhood of Jamaica Plain.

Police said Wednesday it’s unclear when — or if — Fetterolf was ever in Boston.

“It was only recently Virginia became an area of interest,” police spokeswoman Joy Stewart said.

One year after the pollen discovery, the National Center for Missing and Exploited Children released a new facial reconstruction image of Fetterolf.

Then, police say their big break came earlier this year.

The National Center for Missing and Exploited Children — which has assisted county police with the investigation — along with Bode Technology, one of the largest private forensic DNA laboratories in the United States, more DNA testing was done. Those results were crucial in helping identify Fetterolf, authorities said.

A woman on her way to church on Sept. 12, 1976, spotted a van near the Lorraine Park Cemetery. Officers found Fetterolf wearing beige jeans, a white short-sleeved shirt and a rawhide necklace. Police previously thought she was in her late teens or 20s. she was about 5-foot-8, weighed 159 pounds, and had brown hair and brown eyes. Tips initially poured in but waned as the years passed.

At about 5-foot-8 and 159 pounds, the brown eyed and brown haired girl was also believed to have been sexually assaulted. The drug chlorpromazine, an anti-psychotic medication, was found in her system.