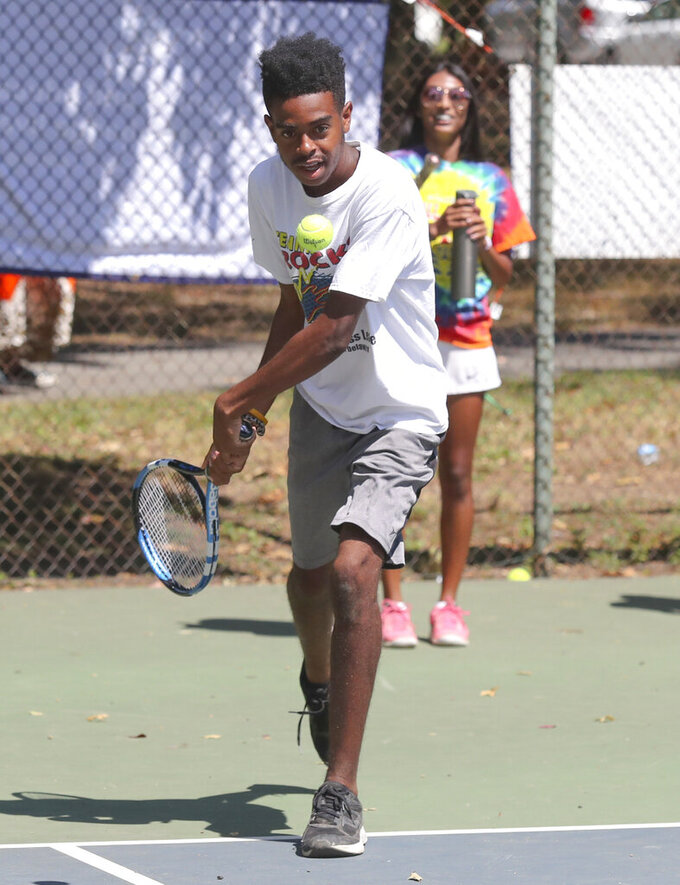 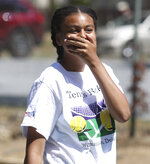 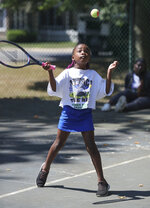 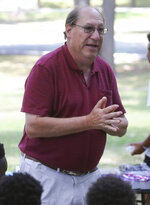 WILMINGTON, Del. (AP) — When he was leaving the Rodney Street Tennis and Tutoring Association more than five years ago after some 42 years with the program, Harry Shur had no plans to slow down.

After decades of using tennis and tutoring as a way to help kids in Wilmington, Shur, a former crisis therapist with the state of Delaware, wanted to keep doing what he loves.

He’s a “big believer” in Wilmington and the city’s youth, he said.

How could his work have a bigger impact? By targeting the city’s more vulnerable youth.

He joined up with the Nehemiah Gateway Community Development Corporation — a project of Shiloh Baptist Church, Delaware’s oldest Black Baptist church — to form Tennis Rocks and continue his mission of serving youth in the city. More specifically, he wanted to be in the 19802 ZIP code that has been home to poverty and frequent incidents of gun violence.

People, Shur said, would ask him: “Do you know where you’re moving to?”

“Absolutely,” Shur would say. “This is where we need to be.”

Last week, Tennis Rocks wrapped up its fifth summer tennis and enrichment camp, a six-week, cost-free program at Haynes Park that served children ages 8 and up. While tennis is a big component, the few dozen participants also had access to the Tennis Rocks house, located right by the Shiloh Baptist Church on West 23rd Street.

Tennis Rocks also offers year-round tutoring and enrichment programming for city children. It also has a music program, which provides kids with the opportunities to learn and play instruments. Shur said fundraising is underway to refurbish the basement into a recording studio.

Anika Devotta, 19, has been with Shur for the last seven summers, she said, first as a participant and now as a tutor and coach. The University of Delaware criminal justice and sociology student helps support the kids to get them ready for the academic year.

“I always tell them it’s better to just make mistakes with me and then have a review when you go back to school,” Devotta said.

“It’s just always good to have practice and it’s even better to have it with kids your own age,” she said of the tennis and tutoring. “It makes it more fun.”

After working on the court, she said she likes the kids to have fun during programming back at the church.

“It is still camp,” she said. “We want the kids to relax and kick back.”

Shur, who was featured in The News Journal’s 50 Who Matter series in 2011, said the program aims to combat dropout rates with its year-round tutoring. Tennis Rocks works with area districts and charters, he said, to help students make up work if they’re falling behind.

The program serves hundreds of meals from, among others, Kozy Korner and Cafe Riviera. Campers at the summer camp were treated to a pizza buffet at La Pizzeria Metro on Miller Road across from the park.

Shur said the pandemic caused the summer tennis camp to be canceled in 2020. The 67-year-old didn’t think it was reasonable to have children wearing masks outdoors during the heat of summer, but the tutoring went on as planned.

Tennis Rocks, he said, has about doubled its number of participants over the last two years.

“It’s like a hidden jewel. It’s there,” Shur said. “You just have to offer quality things.

“As I say, I just carry the beat-up clipboard. These kids and their families make me look good.”