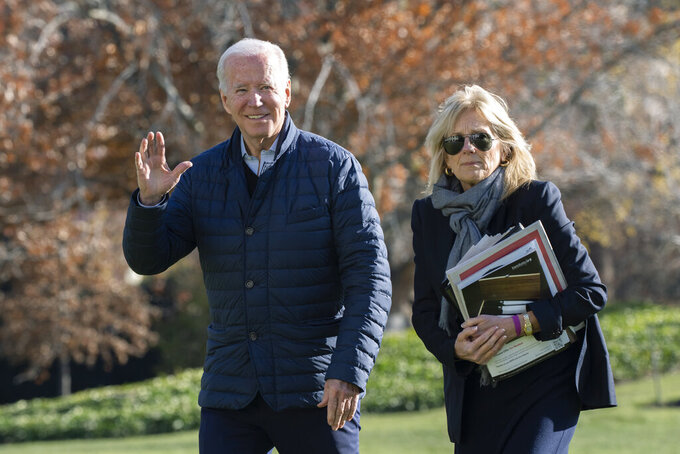 WASHINGTON (AP) — The White House is playing host to roughly 50 Democratic state lawmakers from 31 states this week as legislatures prepare for their upcoming sessions, aiming to talk over strategy on top issues like climate change, gun violence, abortion rights and voting rights.

The aim is to give state lawmakers a to-do list for the upcoming legislative session, though meeting those goals will be nearly impossible in states where Republicans are in control. The meetings come as Democrats are increasingly focused on making inroads in state governments in part through better alignment on top issues, a political tactic that helped the GOP secure leadership in 23 states.

The discussion panels will include a session on how states can develop better clean energy and increase wind and solar projects. Another will look at the protection and expansion of health care coverage, with suggestions on how to expand postpartum Medicaid coverage, strengthen mental health care and expand access to naloxone, a drug that can stop an opioid overdose. There will also be discussions on economic security, including minimum wages, rent discrimination and affordable housing.

Other areas of focus include protecting rights for LGBTQ Americans and voting rights, civil rights and the preservation of democracy. Additional topics will include gun violence prevention, community policing and investments in public safety.