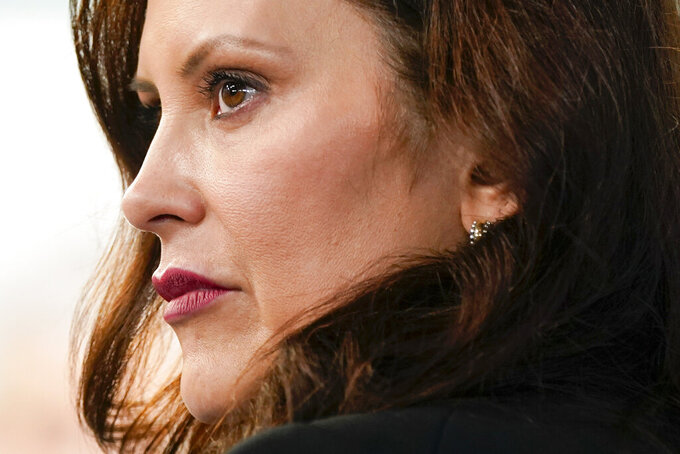 DETROIT (AP) — The Michigan Supreme Court said Friday it wants more information from Gov. Gretchen Whitmer about her request to erase a state abortion ban from decades ago.

The court wants five points addressed, including whether it needs to immediately get involved, especially after a judge at the Court of Claims this week froze the dormant law with an injunction.

“We direct the governor to file a brief with this court within 14 days of the date of this order, providing a further and better statement of the questions and the facts,” the court said.

The U.S. Supreme Court could be on the verge of overturning Roe v. Wade, the 1973 decision that legalized abortion nationwide. If that happens, abortion would be an issue for states.

Whitmer wants the Michigan Supreme Court to declare that a 1931 ban on abortion is illegal under the state constitution. What's unusual is she wants the court to reach over lower courts and settle it quickly.

“Michigan’s Due Process Clause provides rights to privacy and bodily autonomy,” Whitmer said in her April 7 letter to the Supreme Court.

Separately, Planned Parenthood of Michigan won a decision Tuesday from Judge Elizabeth Gleicher at the Court of Claims, who said the law likely is unconstitutional. She suspended the law with a preliminary injunction while the case proceeds.

Right to Life of Michigan and the Michigan Catholic Conference asked the state appeals court to intervene Friday and strike the decision, saying there was no grounds for Gleicher to act since abortion remains legal in Michigan under Roe v. Wade.

They also noted her past legal work for Planned Parenthood and her financial support of the organization. Gleicher disclosed some ties to the group but didn't step aside from the case.

further and better statement of the questions and the facts.