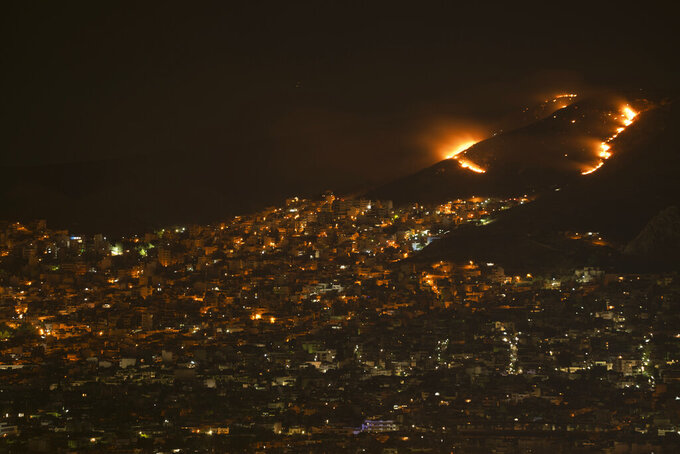 BRUSSELS (AP) — The European Union's executive warned on Thursday that the continent is facing one of its toughest years when it comes to natural disasters like droughts and wildfires because of increasing climate change.

With extremely dry weather hitting several Mediterranean nations, EU Commissioner Maroš Šefčovič told legislators on Thursday that “the present drought in Europe could become the worst ever.” Fires ravaging huge swaths of countryside only acerbate the climate crisis, he said.

“Statistics show that since 2017, we have the most intense, intense forest fires ever seen in Europe. And that we unfortunately expect the 2022 forest fire season could follow this trend,” he said.

Extended drought conditions have hit several member states like Greece and Italy and a heat wave last month went as far up as northern Germany. It heightened concerns across Europe for more disasters for the rest of the summer.

Šefčovič said the EU is already funding the deployment of over 200 firefighters from across the bloc to deal with fires in Greece.

Italy is in the midst of an early summer heat wave, coupled with the worst drought in northern Italy in 70 years and the conditions were linked to the disaster last Sunday when a huge chunk of the Marmolada glacier cleaved off and crashed onto hikers.

The death toll stands at nine, with five people who had been hiking there still unaccounted for.

“The tragic event in Marmolada is just the latest example of disasters linked to warmer temperatures and thus to climate change,” Šefčovič said.