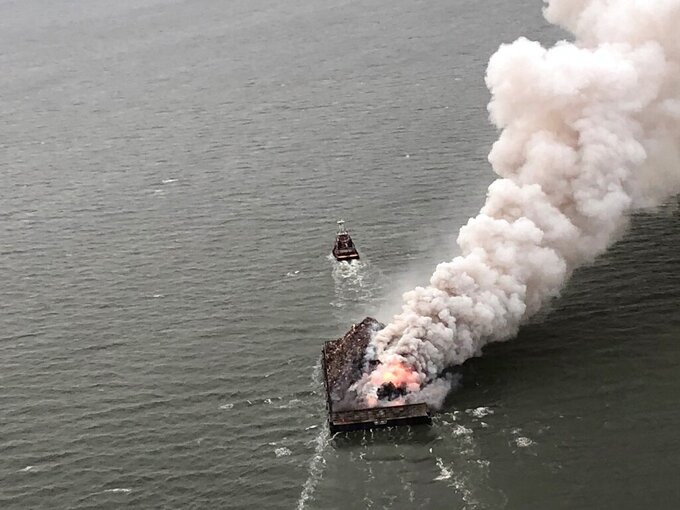 BOWERS, Del. (AP) — A fire onboard a barge in the Delaware Bay has been extinguished, the U.S. Coast Guard said.

The fire was reported early Monday on a barge about 9 miles (14 kilometers) south of Port Mahon, Delaware, and was extinguished Tuesday, the Coast Guard announced in a news release. A contractor will assess the vessel's integrity and manage salvage operations, officials said.

A patrol boat is enforcing a 500-yard (457-meter) safety zone around the barge reportedly carrying household appliances for scrap and the salvage vessel and if the fire should reignite, the vessel has firefighting capabilities, officials said. No sheening or discoloration was observed in the waterway. No injuries were reported, Petty Officer Cynthia Oldham said.

“I want to thank all the responders, especially Fire Chief Aaron Warren, the local fire companies, and Delaware Department of Natural Resources and Environmental Control who initially responded to this complex and dynamic situation,” Capt. Jonathan Theel, Sector Delaware Bay captain of the port said in a statement. “The fire is out due to their dedication and adaptability.”