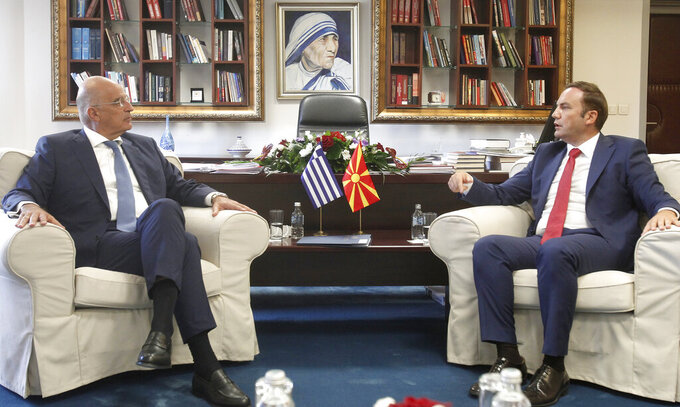 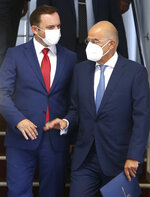 SKOPJE, North Macedonia (AP) — The foreign ministers of North Macedonia and Greece agreed Tuesday that bilateral ties have improved steadily since the two countries reached a deal that changed the name of Greece's small Balkan neighbor.

Formerly known as Macedonia, the country renamed itself North Macedonia in return for Greece supporting its efforts to join NATO — which it has — and the European Union.

After talks with Osmani in Skopje, Greek Foreign Minister Nikos Dendias said Athens supports its neighbor's aim of joining the EU but that full implementation of the 2019 agreement is a vital prerequisite.

Dendias said Skopje has taken “important steps” in that direction, but he added that “there remains significant ground for correct implementation.”

As part of the name change deal, the government in Skopje implemented many practical changes, including altering its official letterhead. It started issuing passports and identity cards with the North Macedonia name.

But a new obstacle to North Macedonia’s EU accession bid has emerged. Its eastern neighbor Bulgaria — like Greece, already an EU member — opposes the country’s membership, citing a bilateral dispute over history and national identity.