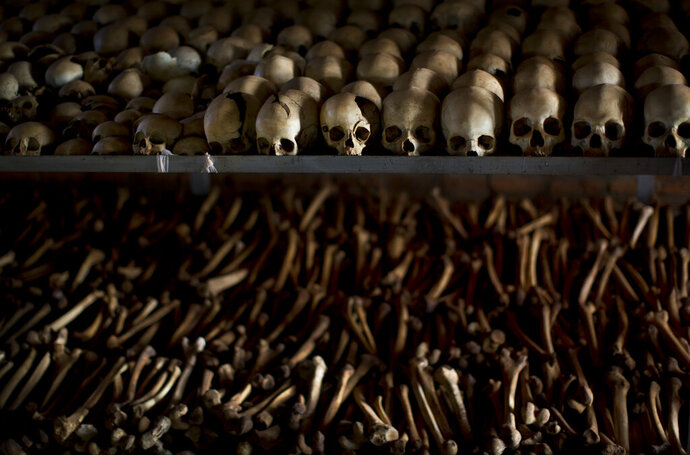 FILE - In this Friday, April 4, 2014 file photo, the skulls and bones of some of those who were slaughtered as they sought refuge inside the church are laid out as a memorial to the thousands who were killed in and around the Catholic church during the 1994 genocide in Ntarama, Rwanda. France's highest court on Wednesday Sept.30, 2020 rejected Rwandan genocide suspect Félicien Kabuga's appeal of a decision to extradite him to an international court in The Hague. Kabuga, one of the most-wanted fugitives in Rwanda's 1994 genocide, was arrested outside Paris in May after 25 years on the run. (AP Photo/Ben Curtis, File)