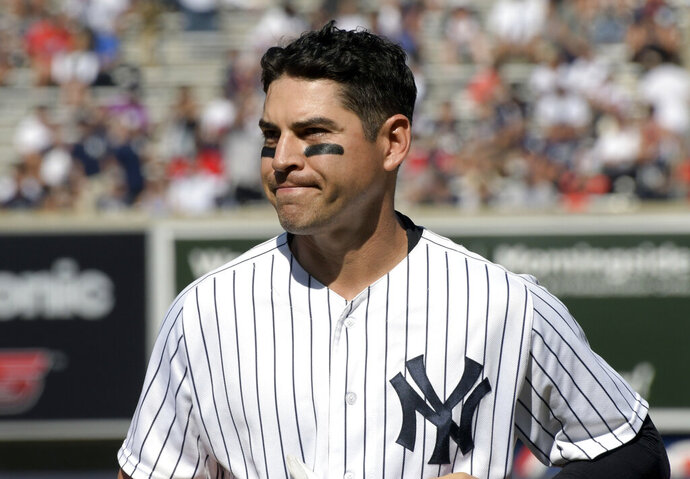 CORRECTS TO ONE GUARANTEED SEASON, INSTEAD OF TWO - FILE - In this Aug. 30, 2017, file photo, New York Yankees' Jacoby Ellsbury reacts after grounding out to end the sixth inning in the first game of the baseball team's doubleheader against the Cleveland Indians at Yankee Stadium in New York. The Yankees have given up on Ellsbury, cutting the oft-injured outfielder with one guaranteed season and more than $26 million left in his $153 million, seven-year contract. (AP Photo/Bill Kostroun, File)