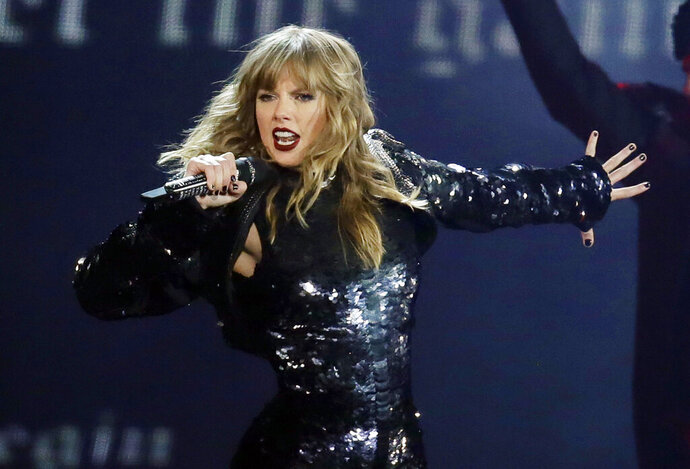 FILE - This May 8, 2018 file photo shows Taylor Swift performing during her "Reputation Stadium Tour" opener in Glendale, Ariz. Swift says she may not be performing at the American Music Awards because the men who own her old recordings won’t allow her to play her songs. Swift said on Instagram Thursday that she planned to play a medley of her hits when she’s named Artist of the Decade at the American Music Awards on Nov. 24. But Swift says the men who own the music, Scooter Braun and Scott Borchetta, are calling the performance an illegal re-recording. (Photo by Rick Scuteri/Invision/AP, File)