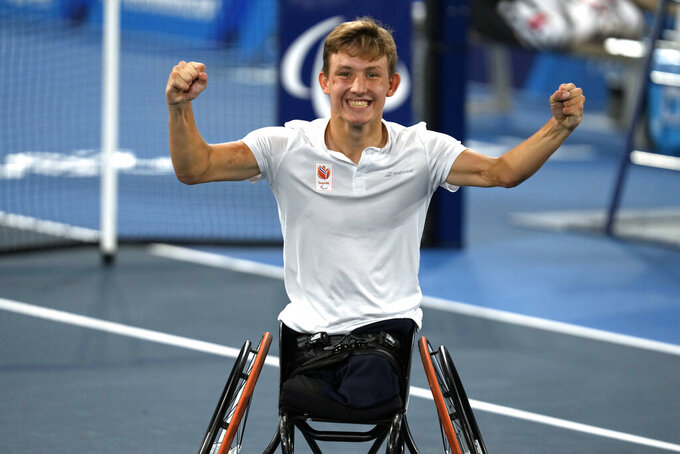 TOKYO (AP) — The Netherlands is showing its dominance again in wheelchair tennis at the Paralympics, having excelled in the sport since Esther Vergeer dominated the game.

She retired in 2013 with seven Paralympic titles and a winning streak of 470 matches.

The Dutch won their first gold on Wednesday in Quad Doubles as Sam Schroder and Niels Vink defeated the Australian pair of Dylan Alcott and Heath Davidson.

They picked up a second on Friday in women's singles when Diede de Groot defeated Yui Kamiji of Japan, 6-3, 7-6 (1).

In the final day of wheelchair tennis on Saturday, the Netherlands have finalists in all three gold-medal matches.