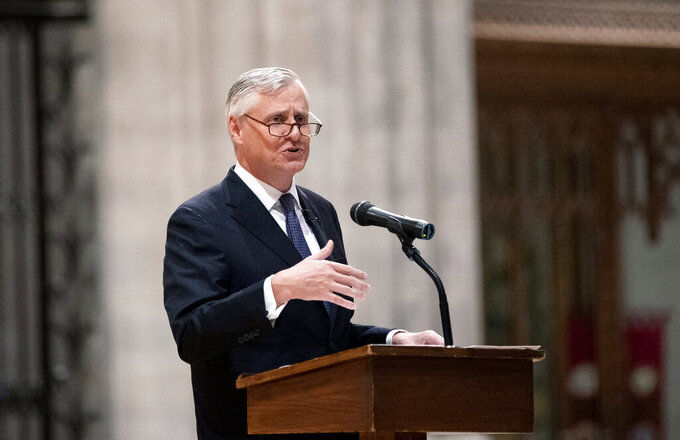 BIRMINGHAM, Ala. (AP) — A conservative Christian university withdrew an invitation for historian Jon Meacham to speak during inaugural activities for its new president this week after critics complained the Pulitzer Prize-winning author has appeared at Planned Parenthood events.

Samford University, located in suburban Birmingham, announced the cancellation of Meacham's appearance, which had been set for Wednesday, after an online petition cited his speeches to Planned Parenthood, which provides abortion and other medical care for women.

The petition, which had about 1,030 signatures Tuesday morning, said Meacham's “beliefs and core values do not align with those of Samford University, as it is a Southern Baptist institution.” It called Meacham's planned speech “alarming for the future of Samford.”

Samford's new president, Beck A. Taylor, wrote in a letter posted on the university's website last Wednesday that Meacham's speech was “intended to highlight his work in analyzing the current state of civility and discourse in our country,” not abortion.

But the Samford Student Government Association and others recommended postponing Meacham's talk, Taylor said, so his appearance during inaugural activities was canceled and the school will try to schedule another time for him to speak.

“Unexpectedly, Mr. Meacham’s planned lecture has become a divisive issue, one that takes attention away from our opportunity to celebrate Samford. I regret that this has happened,” Taylor said.

A representative for Meacham did not immediately return an email seeking comment. Meacham spoke at a luncheon held for Planned Parenthood of South Texas on Oct. 6, according to the organization's website.

In the letter announcing the cancellation, Taylor said he found Meacham's insights “to be both challenging and inspiring.”

“Our mission as a Christ-centered institution of higher learning is to stand boldly at the intersection of society and the church and to convene important conversations about how to live faithfully in the world. That mission calls us to invite speakers and artists to campus who challenge our perspectives and who share wisdom and insights,” Taylor said.

Samford, which was established by the Alabama State Baptist Convention, has an enrollment of about 5,700 undergraduate and graduate students and includes a divinity school. Students are required to attend campus worship or faith-related events to graduate.

Meacham won the Pulitzer Prize in 2009 for his political biography of President Andrew Jackson, “American Lion.” His New York Times best-selling books include “The Hope of Glory,” which examines the final sayings of Jesus.