Counting the vote: Will we know who won on election night?

By The Associated Press
AP-US-Explaining-Election-2020-The-Counting 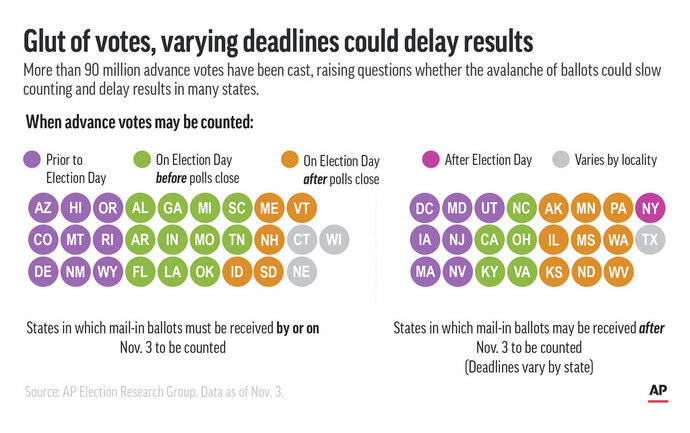