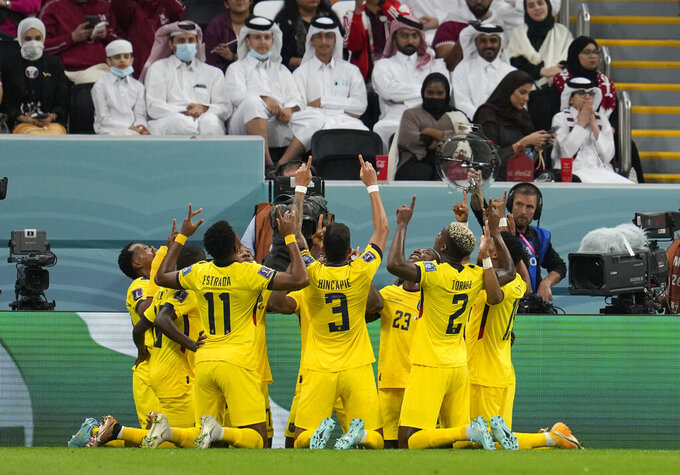 NEW YORK (AP) — Ecuador's 2-0 win over Qatar in this year's World Cup opener was seen by 7.2 million television viewers in the United States.

The game Sunday was seen by 3.228 million on the English-language telecast on FS1 and Fox's streaming services. It was viewed by 4 million on the Spanish-language broadcast of Telemundo, Peacock and Telemundo Deportes’ digital platforms, all parts of Comcast Corp.'s NBCUniversal.

Fox's viewership was up 88% from the 2018 opener, a 5-0 romp by host Russia over Saudi Arabia that was televised by the main Fox network on a Thursday in mid-June. Both matches started at 11 a.m. Eastern time.