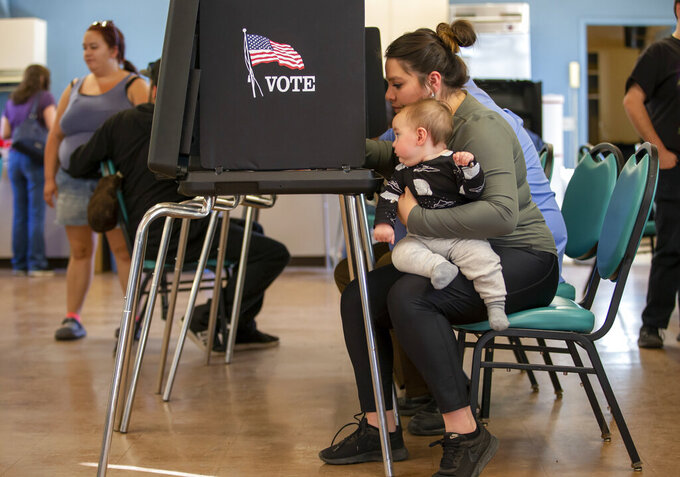 ALBUQUERQUE, N.M. (AP) — New Mexico’s most populous county on Monday certified the results from the recent midterm elections, marking the state's last county to do so ahead of next week’s statewide certification.

Bernalillo County commissioners voted during a quick meeting at which they praised the work of the county clerk and her election staff. A report from the county's bureau of elections showed about 54% of registered voters participated, with most of them voting early.

The state’s other 32 counties certified their results last week.

The State Board of Canvass will meet Nov. 29 to certify the official results and order any recounts. Unofficial results show at least two legislative races — one for a district in Albuquerque and another in southern New Mexico — appear headed for recounts because the candidates are within 1 percentage point.

Certification of this year’s midterm election results has been proceeding smoothly with little controversy across the U.S., with two Arizona counties being exceptions. Fears that talk of election conspiracies would create chaos by officials refusing to validate the will of the voters were mostly calmed as county after county certified their results.

Several rural New Mexico county commissions have faced pressure by some residents to reject certification since the state’s primary election in June. In Otero County, where a crisis occurred this summer when commissioners initially denied certification after the primary, the general election results were certified last week with a drama-free unanimous vote.

The New Mexico Secretary of State's Office last week had issued a warning against potential disruptions in the certification process, saying the attorney general would be ready to take “swift legal action” against any attempts to interfere.