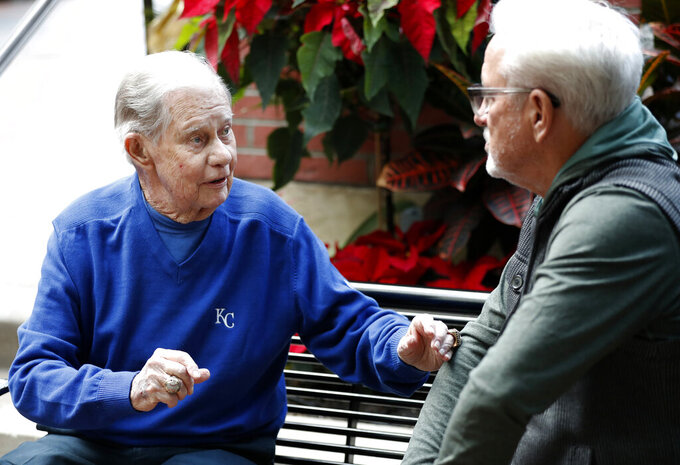 KANSAS CITY, Mo. (AP) — Longtime baseball scout Art Stewart, who began his career with the New York Yankees in the 1950s before becoming the longest-tenured member of the Kansas City Royals organization, died Thursday. He was 94.

The Royals announced the death of Stewart, who just completed his 52nd year with them. No cause was given.

Stewart scouted more than 70 players who reached the big leagues, including Bo Jackson, Kevin Appier, Mike Sweeney, Johnny Damon and Carlos Beltran. He was instrumental in helping sign the talent that led the Royals to the 1985 World Series title, and Stewart was still part of the front office when they won their second title 30 years later.

“Art was truly an extraordinary human being, whom we all loved and admired for many reasons,” Royals president Dayton Moore said in a statement. “His unmatched love and appreciation for the game of baseball, recollection of players and events, combined with his special ability to tell stories will be forever cherished by all.”

Stewart began his career as a territorial scout for the Yankees in 1953, when they were in the midst of their dynasty years led by Mickey Mantle, Yogi Berra, Whitey Ford and manager Casey Stengel. Stewart soon became their Midwest scouting supervisor, a position he held until joining the expansion Royals franchise in 1969.

Stewart spent the next 16 years crisscrossing the heartland in search of talent, eventually becoming the director of scouting and helping the Royals organization become a model small-market franchise throughout the 1980s.

He moved to the front office as a special assistant to the general manager in 1997, then became a senior adviser to the GM in 2002. He was given the Roland Hemond Award for long-time service in scouting and player development in 2007, and the following year he was inducted into the club's Hall of Fame and the Professional Scouts Hall of Fame.

Stewart took on many special projects late in his career, including work establishing one of the first academies run by a big league club in the Dominican Republic. It eventually was renamed in Stewart's honor.