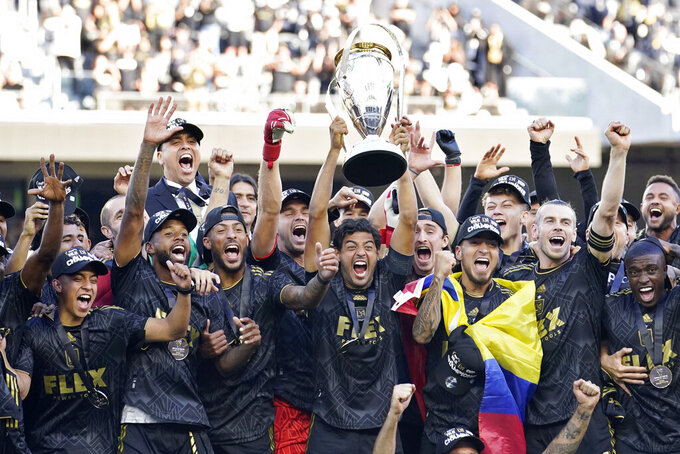 LOS ANGELES (AP) — Los Angeles FC’s victory over the Philadelphia Union on penalty kicks in the MLS Cup final was the second highest in the league's 27-year history for combined U.S. viewers.

Saturday's game averaged a combined 2.155 million viewers on Fox and Univision, a 38% increase from the 2021 final between NYCFC and the Portland Timbers, which also went to penalty kicks.

It was the second-most watched club soccer match of the season by English-language viewers in the U.S. at 1.487 million, trailing the May 28 UEFA Champions League final between Liverpool and Real Madrid (2.76 million).

The Univision broadcast in Spanish averaged 668,000.

English viewership was fifth all time for an MLS Cup and second highest in Spanish.