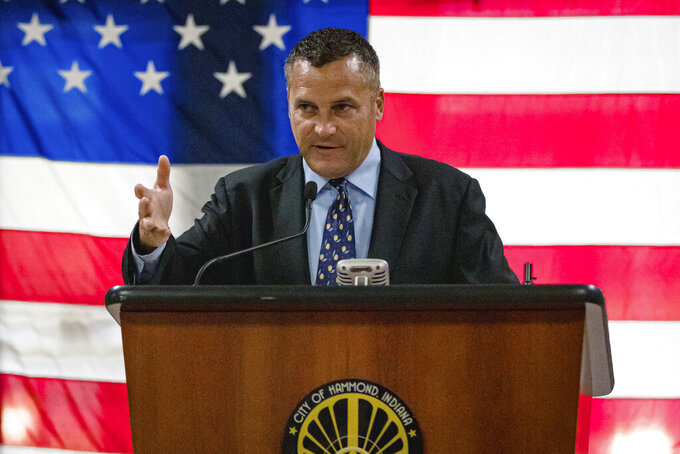 Mayor Thomas McDermott Jr. filed with the Federal Election Commission on Wednesday to begin raising money for a Senate race. McDermott has been mayor of the largest city in northwestern Indiana’s Lake County since 2004 but isn’t well known outside that region.

Despite that, McDermott has been the highest-profile Democrat openly talking about challenging Young, who defeated Democratic former Sen. Evan Bayh in the 2016 election and had $4.5 million in campaign cash at the end of June.

McDermott, 52, has hinted for months about a Senate run, frequently criticizing Young’s opposition the federal COVID-19 relief package and the $1 trillion federal infrastructure plan backed by President Joe Biden. McDermott, a U.S. Navy veteran, said he initially had high hopes that Young, a Naval Academy graduate and Marine veteran, would be a bipartisan leader in the Senate.

“Washington, D.C., is broken, let’s be honest,” McDermott said. “In particular, the U.S. Senate, in my opinion, is the place where good bills go to die, and Todd Young is part of the problem.”

Haneefah Khaaliq, who is executive director of the Gary Human Relations Commission, is the only other Democratic candidate who has raised money and filed with federal officials for the stoDemocratic Senate primary next May.