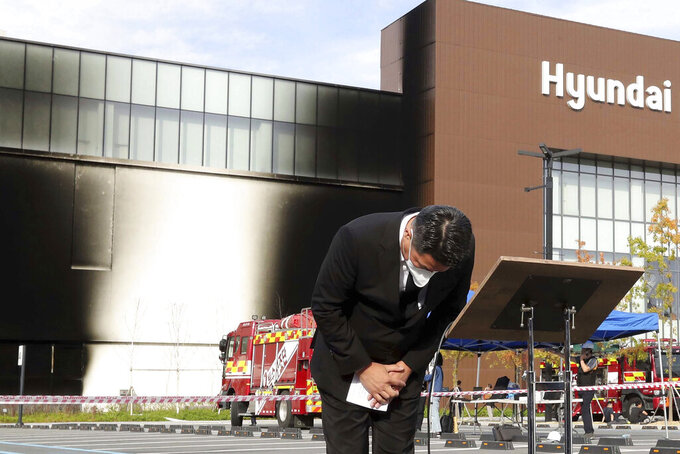 SEOUL, South Korea (AP) — A fire broke out at the basement of a shopping mall in the South Korean city of Daejeon on Monday, killing at least seven people, officials said.

Firefighters were continuing to search for survivors after putting out the blaze, said Go Seung-cheol, an official at the Daejeon Fire Headquarters. He said it wasn’t immediately clear if there were people still missing and that smoke remained in some parts of the building.

The fire broke out at around 7:45 a.m. and quickly spread across the basement’s loading dock area, prompting the evacuation of more than 110 people, including mall employees and customers at a nearby hotel. Officials said the damage could have been worse if the blaze had broken out during the mall’s business hours.

More than 500 firefighters and 90 vehicles were deployed to fight the fire, which was extinguished at around 3 p.m., Go said. Photos from the scene showed a cloud of dark-gray smoke emerging from beneath the building as firefighters used water hoses and other equipment to put out the blaze.

Lee Seung-han, a fire official at the Yuseong fire department, said six of the people found dead were mall employees and that officials were still trying to identify the other victim. Lee and Go had no immediate comment about the cause of death.

Fire officials and police were investigating the cause of the fire. Local media citied eyewitness reports to suggest that the fire may have been caused by an explosion of an electric vehicle that was being charged in the basement.