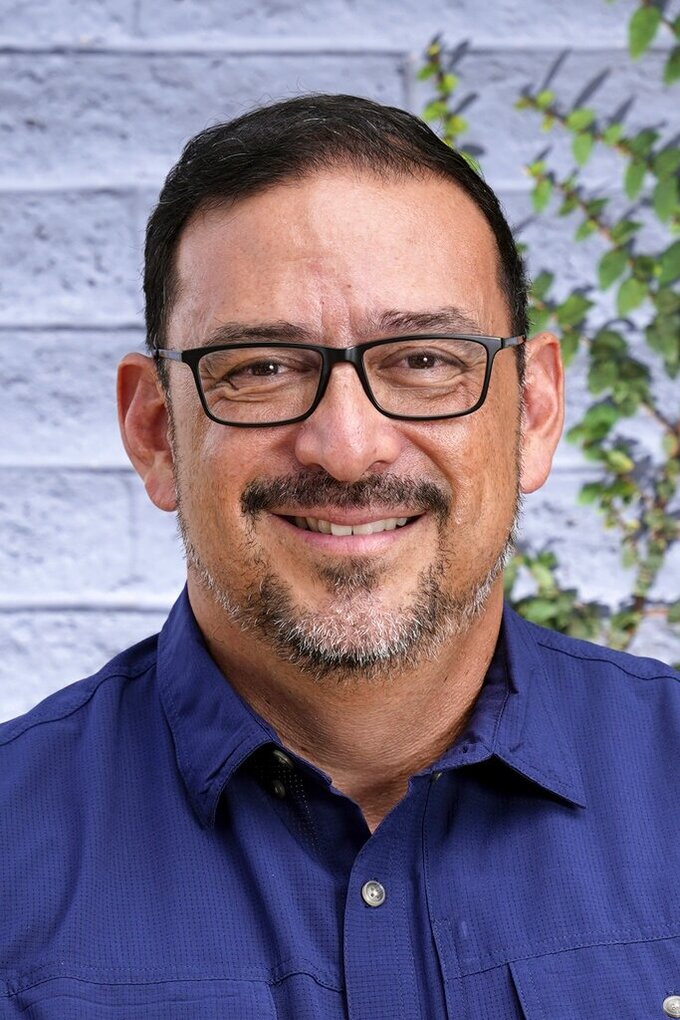 PHOENIX (AP) — A Republican Arizona lawmaker who embraces election conspiracies and has former President Donald Trump’s endorsement sparred with the Democrat who helped oversee the 2020 election in Maricopa County in a debate Thursday evening as they each seek the state's top elections post.

The two vying to be the next secretary of state — Republican Rep. Mark Finchem and Democrat Adrian Fontes, the former Maricopa County recorder — had vastly differing views on the outcome of the 2020 election, the violent attack on Congress and how to run elections going forward.

Finchem said he would not have certified the 2020 results in two of Arizona's 15 counties because he said they were “irredeemably compromised.” He pointed to Yuma County, where two women have pleaded guilty to illegally collecting a few ballots and await sentencing.

He said that was just one example of the problems that he believes merited not allowing that small county and those in the state's most populous, Maricopa, to be certified. No evidence has been uncovered to show that the problems were large enough to change the results that saw then-President Donald lose in Arizona.

“I’m not talking about overturning an election. I’m talking about declaring one county’s election as irredeemably compromised,” Finchem said. “Now if that alters the outcome of the election, that’s a different story.”

Fontes, who lost his 2020 reelection bid, said the courts are the place for those issues to be hashed out, as they often are.

“What we now have is an entire set of fiction that has somehow managed to make a lot of money for some people outside of the regular norms that we expect,” Fontes said. “This is a chaotic way of readdressing a political loss.”

The 30-minute debate sponsored by the Arizona Citizens Clean Elections Commission was the public's only scheduled chance to see the two candidates for secretary of state side-by-side. The secretary acts as Arizona's top election official, oversees many business filings and is next in line if the governor leaves office prematurely.

He acknowledged Thursday that he's been interviewed by the Department of Justice and the congressional panel investigating the insurrection at the Capitol. He said he was there to deliver evidence to members of Congress so they could object to certifying President Joe Biden's win.

“The last time I checked, being at a place when something’s happening is not illegal,” Finchem said. “I've been treated as a witness, not a suspect.”

“What we saw was an angry mob that didn’t like the outcome of one election," Fontes said. “What he did was engage in a violent insurrection and try to overturn the very Constitution that holds this nation together.”

Finchem pushed back, saying as a former police officer he did no such thing.

“For him to assert that I was part of a criminal uprising is absurd, and frankly, it is a lie,” Finchem said.

But Fontes continued, pointing out Finchem's membership in the Oath Keepers, a group that has called for the overthrow of the government and backed people who have called for civil war.

“It is a unhinged and violent aspect of Mr. Finchem that he’d rather not discuss,” Fontes said.

The two also sparred over Arizona's voting system, where more than 80% of voters vote early, most by mail.

Finchem has said he wants mail in voting ended for most, and has joined with the Republican candidate for governor, Kari Lake, in a lawsuit seeking to require all ballots to be hand-counted in a state that saw 3.4 million ballots cast in 2020 covering more than 100 races. A federal judge dismissed the case in August but they have appealed.

Finchem attacked Fontes for issues that came up during his tenure as Maricopa County recorder, including long lines during a 2018 election and his effort — blocked by the courts — to mail ballots to all voters in the March 2020 presidential primary. Fontes defended that effort, noting that the coronavirus pandemic had just hit the state and people were scared to leave their homes.

“We need to build confidence,” Finchem said. “We need to have a senior elections director who will just follow the law instead of making it up as he goes. And that’s what we’ve had here.”

Fontes is an attorney and former Marine who ran primary ads saying he would protect voting rights for all Arizonans and that election deniers like Finchem were making a full-fledged attack on democracy.

After the debate, Finchem would say little about his interactions with the Justice Department.

“It was a long list of questions and quite frankly I don’t remember all of them,” he said.

Pressed by reporters, he said they asked why he was there and that he was interviewed “a couple of months ago.”

Fontes said after the debate it was good that Finchem was questioned by the Justice Department and the Jan. 6 committee.

“And I hope they investigate, and if he did something wrong, I hope that they prosecute him and convict him,” Fontes said.