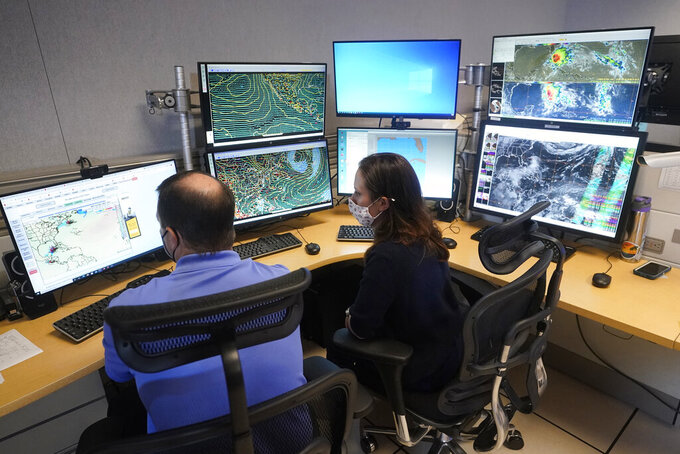 ST. PETERSBURG, Fla. (AP) — Tropical storm watches were posted Thursday for Florida, Cuba and the Bahamas as the system that battered Mexico moves to the east.

The National Hurricane Center in Miami said the storm once known as Agatha in the Pacific Ocean will be known as Alex in the Atlantic Ocean basin.

In Florida, the tropical storm watch extended from Longboat Key on the Gulf Coast across the southern Florida peninsula, including Lake Okeechobee, which is always a danger for flooding. The low-lying Florida Keys were included in the storm watch.

The Cuban government issued a tropical storm watch for the provinces of Matanzas, Mayabeque, La Habana, Artemisa, Pinar del Rio and the Isle of Youth, according to the U.S. National Weather Service.

The Atlantic hurricane season officially began Tuesday. This is an unusually early start to the storm season but not unprecedented for Florida.

The National Hurricane Center predicts that rainfall up to 10 inches (25 centimeters) is possible in places in South Florida from this storm, which is not expected to produce huge winds or major storm surge. Still, flooding is likely and winds could be somewhat strong.

The Hurricane Center said maximum sustained winds from the system as of Thursday afternoon were about 35 mph (55 kph) with higher gusts. It's expected to become a tropical storm sometime Friday, which means higher winds but but not at hurricane levels.

"Heavy rains will begin to affect South Florida and the Keys Friday and continue through Saturday," the Hurricane Center said in an online post. Also predicted is storm surge and flooding, the severity of which depends on the timing of tides.

As a Pacific storm, Hurricane Agatha caused flooding and mudslides that killed at least 11 people and left 20 missing in Mexico, officials said. It caused rivers to overflow their banks and swept away people in homes, while other victims were buried under mud and rocks.

This storm is now headed for Florida.

Agatha made history as the strongest hurricane ever recorded to come ashore in May during the eastern Pacific hurricane season since 1949. Climate scientists say tropical systems will become more powerful and destructive because of global warming.