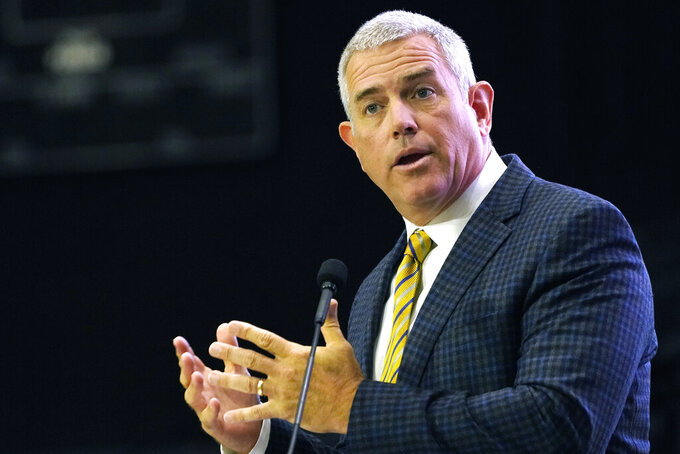 JACKSON, Miss. (AP) — Top legislators are recommending only a slight increase in Mississippi state government spending for the coming year, even as Republican House Speaker Philip Gunn renews his push to eliminate the state income tax.

Gunn and other members of the Joint Legislative Budget Committee met Tuesday and adopted initial 2024 spending recommendations. Their outline is the starting point for detailed discussions about taxes and spending during the three-month legislative session that begins in early January. A budget is supposed to be set by early April.

For the coming year, legislators estimate Mississippi will collect just over $7.5 billion for the general fund. That is an increase of about $536 million, or 7.7%. But, Budget Committee members recommend spending only about $56 million more from the general fund than in the current year.

House and Senate leaders want to put part of the general fund revenue into a rainy day fund — a budget-writing practice that legislators follow when the state is relatively flush with cash and ignore when tax collections are falling short of expectations.

Gunn, a Republican from Clinton, said Mississippi has about $4 billion in cash reserves.

“We've rejected attempts to grow government over the last many years,” he said Tuesday.

Mississippi faces several budget challenges, including a crowded and understaffed prison system and lingering problems with the foster care system.

During the legislative session earlier this year, the Republican-led House and Senate agreed on Mississippi's largest-ever income tax cut. Starting next year, the 4% income tax bracket will be eliminated. The following three years, the 5% bracket will be reduced to 4%. After the first year, the tax-free income levels will be $18,300 for a single person and $36,600 for a married couple, lawmakers said.

Gunn is entering his final year as speaker of the 122-member House, and he has said eliminating the rest of the income tax is his priority. Senate leaders have not committed to the income tax elimination but have said they might consider rebates that could help people cope with inflation.