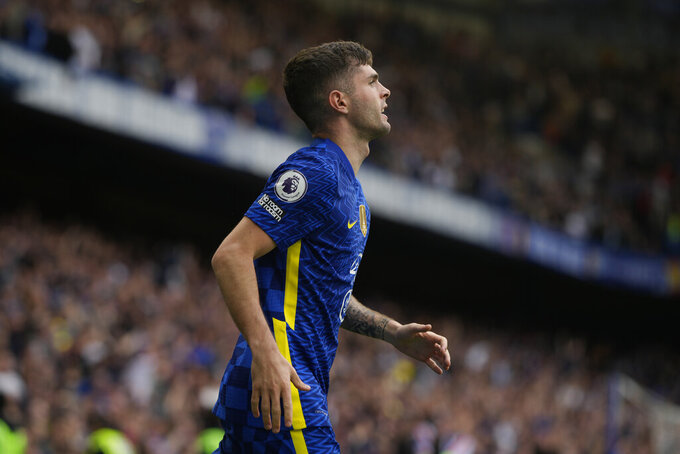 CHICAGO (AP) — The United States will play 13th-ranked Uruguay in a June 5 exhibition at Kansas City, Kansas, completing the schedule for the first four of six planned World Cup warmups for the Americans.

The No. 15 U.S. plays No. 24 Morocco on June 1 in an exhibition at Cincinnati and has a pair of matches in the CONCACAF Nations League, at home against 170th-ranked Grenada on June 11 and three days later at No. 74 El Salvador.

Exhibitions also are intended for Sept. 23 and 27.

Back in the World Cup for the first time since 2014, the U.S. opens Group B play against Scotland, Wales or Ukraine on Nov. 21. The Americans face No. 5 England four days later and meet 21st-ranked Iran on Nov. 29.

Uruguay, in its fourth straight World Cup, also has a June 2 exhibition against ninth-ranked Mexico at Glendale, Arizona. La Celeste opens at the World Cup on Nov. 24 against No. 29 South Korea, meets eighth-ranked Portugal four days later and closes the first round against No. 60 Ghana on Dec. 2.