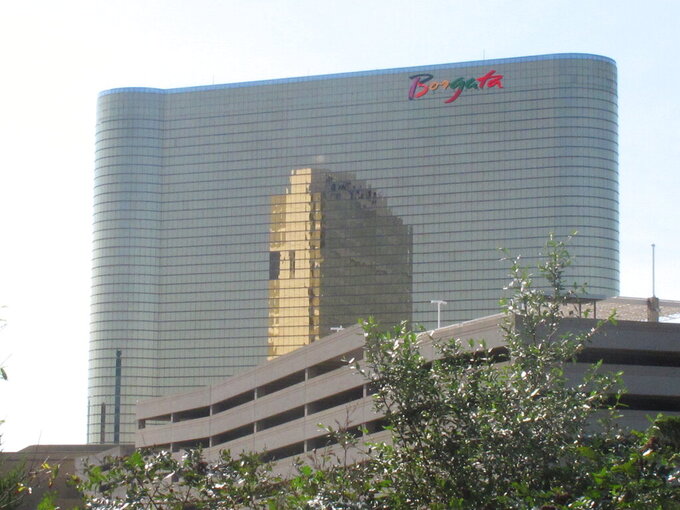 Wayne Parry, ASSOCIATED PRESS
The Water Club hotel is reflected in the facade of the Borgata casino in Atlantic City N.J., in this Oct. 1, 2020 photo. On July 1, 2022, the Borgata's parent company, MGM Resorts International, said a contract it reached a day earlier with the city's main casino workers union is "a good agreement for everyone." (AP Photo/Wayne Parry) 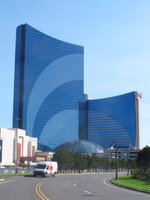 And the parent company of the city's top-performing casino said the pact is “a good agreement for everyone.”

It reached an agreement late Thursday night with Local 54 of the Unite Here union on a tentative deal to avoid a strike that had been threatened for the July Fourth weekend, traditionally one of the busiest times of the year for the casinos. The Borgata also reached a deal earlier Thursday.

In a statement issued Friday, Caesars Entertainment said it has operated in Atlantic City for over 40 years “with an unwavering commitment to the community and its residents.”

“Under the proposed agreement, our 3,500 Unite Here team members will see historic wage increases and evidence that they are heard, that when issues arise, they are taken seriously and addressed,” it said.

“The Fourth of July holiday weekend historically marks the beginning of our busiest season,” the company said. “We are optimistic, knowing we go into it with a landmark agreement clearly demonstrating our commitment to reinvest in our valued team members and ensuring we are poised to deliver extraordinary service and experiences for the 2022 summer season.”

MGM Resorts International, which owns the Borgata, also praised the deal it reached with the union.

“This agreement demonstrates our commitment to our employees, their families and the growth and prosperity of Atlantic City and beyond," said company spokesperson Dara Cohen. "It’s a good agreement for everyone. We appreciate the union’s partnership and look forward to continuing our strong working relationship.”

Terms of the deal were not released; union president Bob McDevitt said the details need to be presented to workers for a ratification vote before being announced. He also said he did not want to prejudice talks with Hard Rock, which still faces a 12:01 a.m. Sunday strike deadline if a new pact is not reached before then.

But McDevitt told The Associated Press Thursday night that the deal is “the best contract we've ever had.”

The union said it was seeking “significant” wage increases in a new contract to help workers keep pace with rapidly rising prices for gasoline, food, rent and other expenses, as well as to compensate them for helping the casinos get through the worst of the coronavirus pandemic.