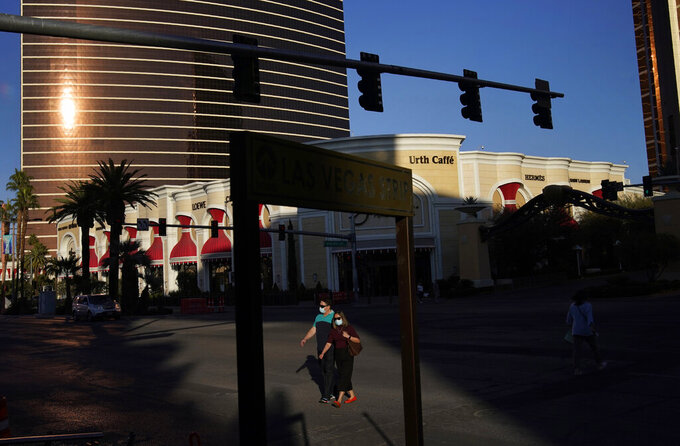 The women — manicurists and makeup artists in a salon at the Wynn Las Vegas — allege that Wynn Las Vegas and Wynn Resorts Ltd. were aware of misconduct by Wynn towards female employees but did not investigate it and covered up any reported misconduct. They are identified as Judy Doe No. 1 through Judy Doe No. 9 in the lawsuit.

A panel of judges on the 9th U.S. Circuit Court of Appeals on Tuesday reversed part of a July 2020 lower court ruling dismissing the case because the women did not sufficiently justify the need to file their lawsuit using pseudonyms and did not reference specific, individual harassment claims.

The appeals court agreed with the district court's reasons for dismissing the complaint but ruled that the women could amend it to add individual harassment claims so the lawsuit can again be considered in federal court.

Kathleen England, the Judy Does attorney, said the women planned to amend their complaint in line with the district court’s guidance.

The case is among several stemming from the allegations against Wynn and the companies. Wynn Resorts faces a securities fraud lawsuit for allegedly violating SEC disclosure rules. Steve Wynn has a pending defamation lawsuit against The Associated Press and an AP reporter based on a story about accounts to Las Vegas police from two women who alleged sexual misconduct by Wynn.