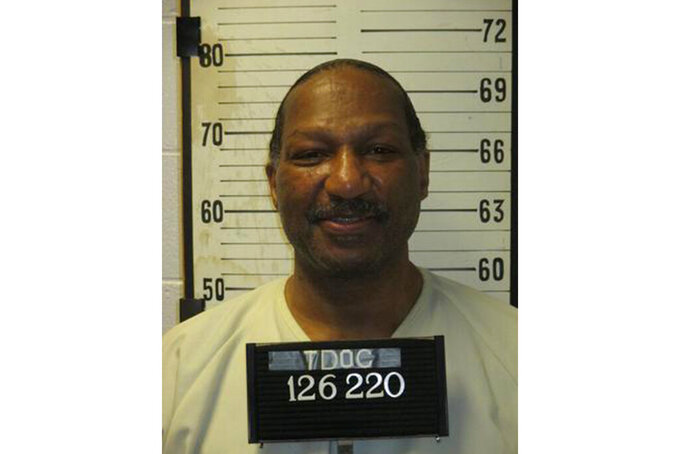 Uncredited, ASSOCIATED PRESS
This booking photo provided by the Tennessee Department of Corrections via their Flickr page shows Byron Black. Tennessee's conservative attorney general and Nashville's liberal district attorney are at odds over the possible commutation of a death sentence, in this case whether an inmate is intellectually disabled, precluding him from being executed. The case involves Black, a 66-year-old inmate convicted in the 1988 shooting deaths of girlfriend Angela Clay, 29, and her two daughters, Latoya, 9, and Lakeisha, 6. (Tennessee Department of Corrections via AP) 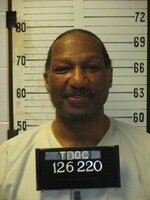 NASHVILLE, Tenn. (AP) — Attorneys for Tennessee death row inmate Byron Black told a state appeals court on Tuesday that he should not be executed because he is intellectually disabled.

Black is appealing a ruling by a Nashville judge earlier this year that denied his motion to be declared intellectually disabled. The judge noted that a state and federal court have previously determined Black does not meet the criteria. But his attorneys argued on Tuesday that the criteria have changed, as has the law.

Senior Assistant Attorney General Katharine Decker told a panel of the Tennessee Court of Criminal Appeals on Tuesday that by the plain language of the statute, Black, 66, is barred from seeking a third adjudication of his intellectual disability claims.

“Don't we have a constitutional duty not to execute someone who is intellectually disabled?” Judge Camille McMullen asked.

Decker replied that the new law is limited in terms of who it allows to pursue those claims.

“Is it though? It's a different label with different criteria,” Greenholtz said. “For you to prevail, ‘mentally retarded’ and ‘intellectually disabled’ must mean exactly the same thing.”

Federal Public Defender Kelley Henry, who represents Black, pointed to a different section of the new law, which reads, “Notwithstanding any law to the contrary, no defendant with intellectual disability at the time of committing first degree murder shall be sentenced to death.”

“It would be an insult to the Tennessee Supreme Court and our legislature to deny people like Mr. Black a fair hearing,” she said.

Henry suggested the court could decide the case without having to interpret whether the statute applies to Black. That's because Nashville District Attorney Glenn Funk has already agreed that Black is intellectually disabled and should be resentenced to life in prison. Funk said he was persuaded by the fact that an expert who had previously testified for the state that Black didn't meet the criteria for intellectually disabled has changed her opinion.

“He believed justice, in this case, is that Mr. Black not be subject to execution," Henry said of Funk.

In Henry's view, the state — via Funk — has already waived any argument that the statute doesn't apply to Black, so the state can't now make that argument via the Attorney General. She asked the Appeals Court to send the case back to the lower court judge for a hearing on Black's claims “to prevent the execution of a man with an intellectual disability, which is the policy of this state.”

Black was convicted in the 1988 shooting deaths of girlfriend Angela Clay, 29, and her two daughters, Latoya, 9, and Lakeisha, 6. Prosecutors said Black was in a jealous rage when he shot the three at their home. At the time, Black was on work release while serving time for shooting and wounding Clay’s estranged husband.

Black had been scheduled to be executed in August before Republican Tennessee Gov. Bill Lee paused all executions in order to investigate a problem the state had with lethal injection.