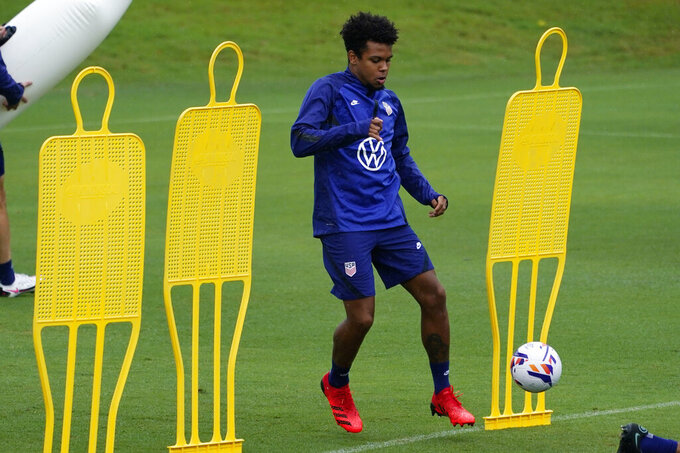 U.S. coach Gregg Berhalter made the announcement Monday, a day after the U.S. and Canada played a 1-1 draw.

McKennie, among the leaders on the U.S. team, started last Thursday's opening 0-0 draw at El Salvador. He was not allowed to be on Sunday's game-day roster.

With pressure mounting, the 10th-ranked U.S. plays at No. 63 Honduras on Wednesday night.

"Weston will return to Italy and will be unavailable for the match against Honduras due to a violation of team policy,” Berhalter said in a statement. “There are high expectations for those who are a part of the U.S. men’s national team, and in order to be successful it’s important that everyone in the group is accountable.”

McKennie apologized in a statement Sunday. The U.S. Soccer Federation did not make him available to media.

A 23-year-old from Fort Lewis, Washington, McKennie missed Juventus' derby against Torino in April after violating COVID-19 protocols in Italy. One of the top U.S. players, he has seven goals in 25 international appearances.

Sergiño Dest also will miss the game after spraining his right ankle in the 44th minute Sunday. The Barcelona outside back joined Borussia Dortmund midfielder Gio Reyna (strained right hamstring) and Manchester City goalkeeper Zack Steffen (back spasms and positive COVID-19 test) on the sidelines.

San Jose midfielder Jackson Yueill was added to the roster and trained with the team on Monday.