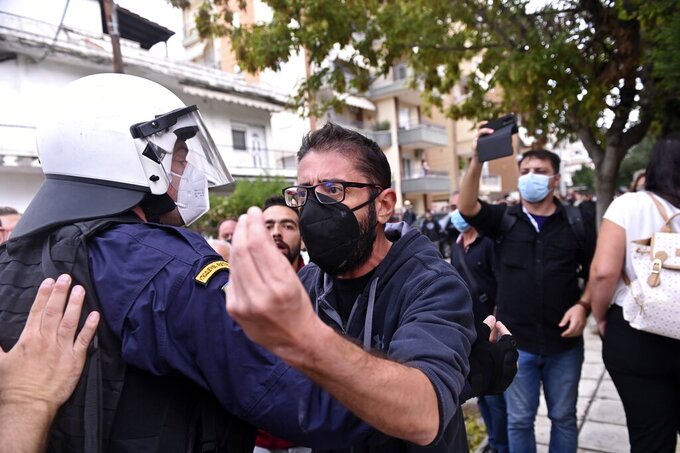 Giannis Papanikos, ASSOCIATED PRESS
A riot police officer holds a man during a protest near a vocational high school after clashes in the northern city of Thessaloniki, Greece, Wednesday, Sept. 29, 2021. Police in the second largest city of the country have arrested five people and detained at least 20 others following clashes involving youths backed by an extreme right-wing political group. (AP Photo/Giannis Papanikos)

The clashes occurred Wednesday in Thessaloniki, Greece’s second-largest city, where police used tear gas to break up the violent demonstration as classes at the school were ongoing.

Left-wing groups then protested the violence, and police in Thessaloniki fired tear gas and stun grenades to prevent a right-wing group from attacking the protesters. Another 19 people were detained.

A youth wing of the extreme right group Golden Dawn had earlier expressed support for the morning counter-demonstration.

A Greek court ruled last year that the far-right party was operating as a criminal organization and sentenced members of its leadership, including former lawmakers, to up to 13 years in prison.