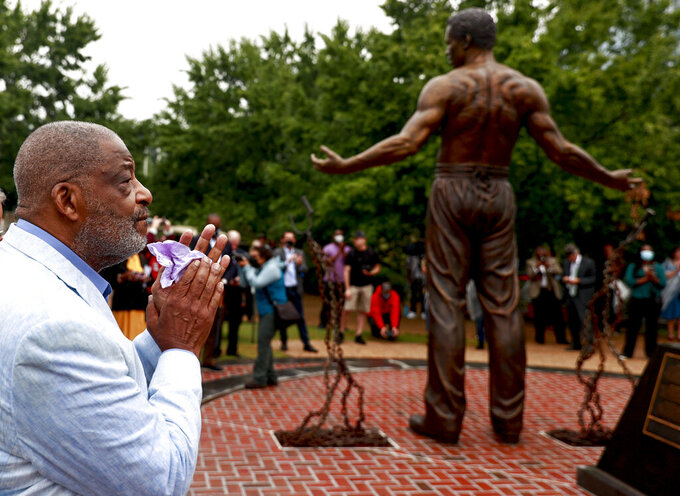 RICHMOND, Va. (AP) — A monument that honors Virginians who fought against slavery and for freedom has been dedicated in the former capital of the Confederacy.

Oregon-based artist Thomas Jay Warren created the monument. It features two 12-foot bronze figures, one of a newly freed man with chains broken from his wrists, the other a woman holding an infant in one arm and in her other hand a page that reads “January 1” and the Roman numerals for 1863, the date that Lincoln’s Emancipation Proclamation took effect, freeing slaves in the South.

The base displays the names of five Black Virginians who fought against slavery, including Nat Turner and Dred Scott, and five who fought for equality, including the Rev. Wyatt Tee Walker, John Mitchell Jr. and Rosa Dixon Bowser.

Richmond Mayor Levar Stoney spoke during the ceremony, saying that Richmond and Virginia have come a long way and while there’s work left to do, “we are moving in the right direction ... moving forward to a more inclusive and more equitable future.”