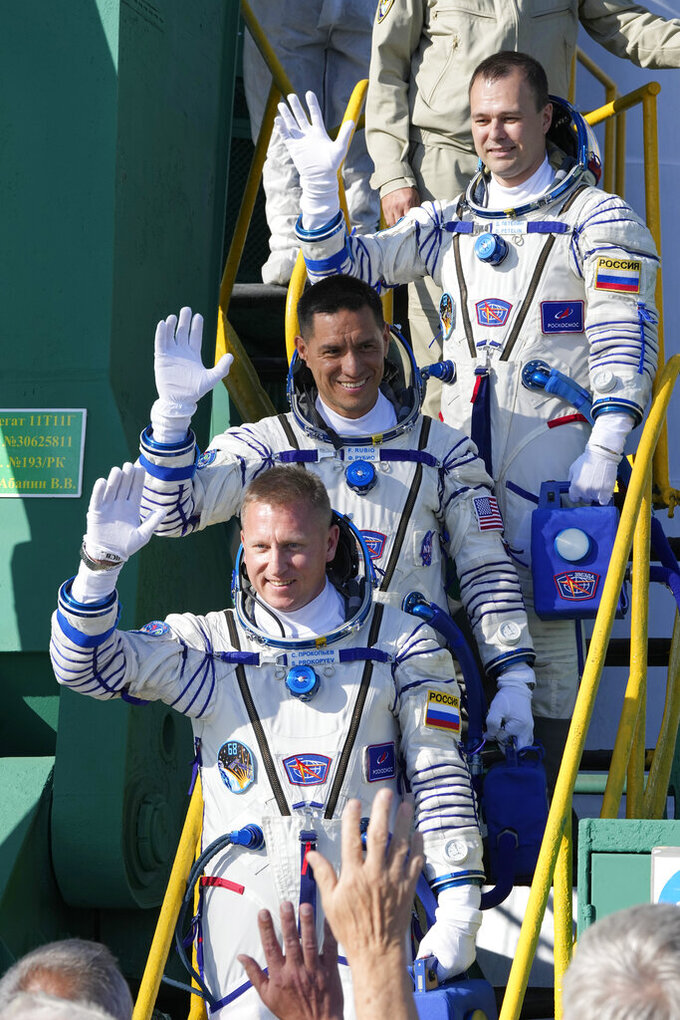 The Soyuz capsule rocketed into orbit from Kazakhstan and, just three hours later, pulled up at the space station. American Frank Rubio checked in for a six-month stay along with Russians Sergey Prokopyev and Dmitri Petelin.

Rubio, a doctor and former Army parachutist from Miami, rode up on the Soyuz under a new crew swap agreement between the two countries. The agreement was finalized in July despite tensions over Moscow’s war in Ukraine, a sign of continuing Russia-U.S. cooperation in space.

Under this cash-free barter, Russian cosmonaut Anna Kikina will fly SpaceX to the space station from Florida in less than two weeks. NASA and the Russian Space Agency want to keep exchanging seats like this to ensure a constant U.S. and Russian presence at the space station.

SpaceX aims to launch Kikina along with one Japanese and two Americans as early as Oct. 3.

The new arrivals will replace astronauts living up there since early spring; the crew size eventually will settle back to seven.

Italian astronaut Samantha Cristoforetti said the view of the launch from the space station was “spectacular." She tweeted stunning photos of the glowing limb of the Earth and the rocket’s zigzagging white contrail.