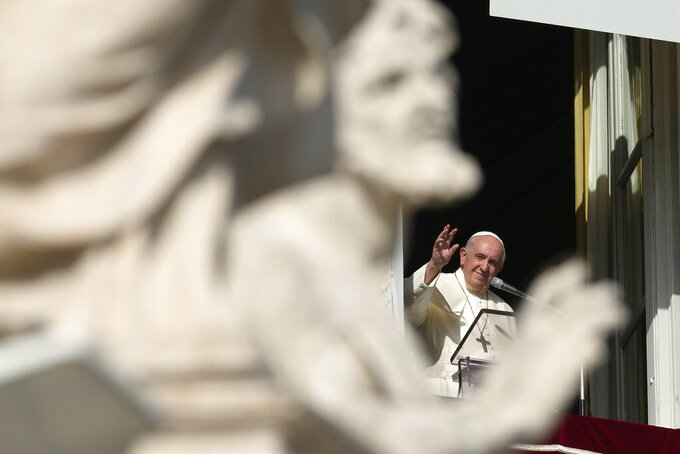 VATICAN CITY (AP) — Pope Francis on Sunday decried the deteriorating humanitarian crisis in Ethiopia and pressed for dialogue to prevail over the protracted war.

The pontiff in his traditional appearance to the public in St. Peter’s Square said he was following the news with “worry” from the Horn of Africa, particularly from Ethiopia, “shaken by a conflict that has dragged on for more than a year and has caused numerous victims and a grave humanitarian crisis.”

The war in Ethiopia’s northern Tigray region has killed thousands of people and displaced millions and left many struggling with severe hunger.

“I invite everyone to pray for those populations so harshly tried, and I renew my appeal so that fraternal harmony and the peaceful path of dialogue may prevail," Francis said.

On Friday, the U.N. Security Council called for an end to the intensifying and expanding conflict and for unhindered access for humanitarian aid to tackle the hunger crisis.

The Rome-based U.N. World Food Program said last week that it had appealed to all parties in the conflict to allow trucks carrying food, medicine and other humanitarian assistance to those in need, but that so far its urgent requests have gone unheeded.