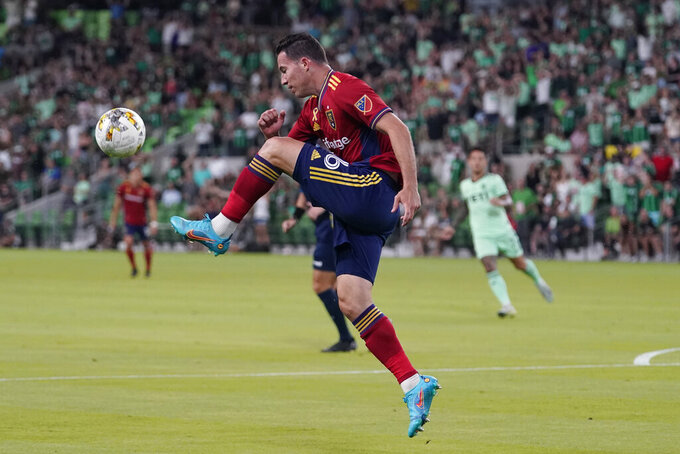 Austin (16-9-6), which started play in 2021, became the second Western Conference team to clinch a berth this season after first-place Los Angeles FC.

Djitte scored in the 60th minute, running onto Diego Fagundez's diagonal pass and flicking the ball over goalkeeper Zac MacMath from just inside the 6-yard box.

Djitte doubled the lead in the 76th with an 8-yard right-foot shot after Ethan Finlay’s attempt rebounded off the crossbar, then added another on a counterattack in the 80th from Ruben Gabrielsen's pass.

The Senegalese forward, who turns 23 next month, had scored one previous goal this season, against Orlando on May 22. He joined Major League Soccer after spending 2018-19 with Sion in Switzerland and 2019-21 with Grenoble in the French second tier.