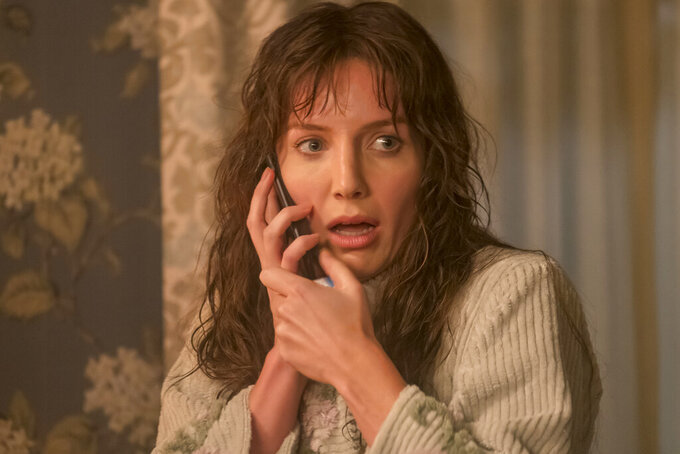 There is no doubt that James Wan knows his way around the horror genre. The man behind “The Conjuring,” “Insidious” and “Saw” franchises has not had many misses. But his gruesome latest, “ Malignant,” is simply ridiculous. And that’s not even taking into account the cringey remix of “Where Is My Mind.”

Presumably meant as homage to the body horrors of directors like Dario Argento, “Malignant” has only its originality going for it — and even that pay-off takes quite a while to get to. The script is full of clunkers and cliches and characters who don’t bear any resemblance to real human beings. One could see a version of “Malignant” that was done as a campy send-up, a consciously “bad” ode to dusty VHS discoveries. Instead, it is utterly and misguidedly self-serious. Worst of all, “Malignant” is also tedious, even as the already bloody spectacle ups the ante in the third act.

Annabelle Wallis dons a bad black wig to play Maddie Mitchell, a pregnant Seattle woman with a series of miscarriages and a cartoonishly abusive husband (Jake Abel). She also has horrific dreams about grisly murders, which turn out to be real. One of the gruesomely killed is her husband. She also loses the baby. And yet despite all the signs that her stately Victorian home is haunted and that she should probably take this opportunity in her grief and trauma to live with her sister, Sydney (Maddie Hasson), she stays in the house.

Maddie then starts dreaming of other random murders around town that turn out to be real. A pair of detectives played by George Young and Michole Briana White are left trying to put together the pieces. Sydney and Maddie are also on their own kind of hunt for the truth as well, investigating the demonic phone calls that Maddie is getting from a man with a creepy voice who calls himself Gabriel. A visit to their mother, who we and Sydney learn adopted Maddie as a young girl, reveals that as a kid Maddie had an imaginary friend named Gabriel who she had disturbing conversations with regularly. Their solution back then? Shower her with love, not therapy!

Naturally this leads them to a psychiatric hospital on the coast where Maddie spent her pre-adoption years and, well, the discovery made there is pretty alarming. As I mentioned earlier, “Malignant” at least has originality going for it.

It's also a thanklessly humorless and offensively sadistic film that fails to capture any sort of authentic emotion or make any meaningful statements about trauma. The film is all gory spectacle for the sake of gory spectacle and it feels beneath both Wan and Warner Bros., who have made some very good films together.

Like all Warner Bros. films in 2021, “Malignant” is available both on HBO Max and in theaters. If you must see “Malignant,” a theater might honestly be the best bet. That way at least you can laugh along in utter shock with your fellow theater-goers.

“Malignant,” a Warner Bros. release currently in theaters and on HBO Max, is rated R by the Motion Picture Association of America for, “strong horror violence, language and gruesome images.” Running time: 111 minutes. One star out of four.