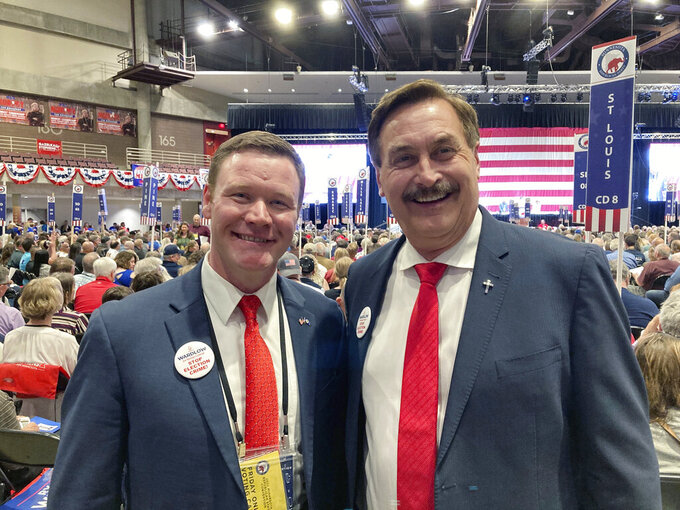 Wardlow, who was the party’s nominee in 2018, is general counsel at MyPillow and an ally of its founder, Mike Lindell, a leading proponent of false accusations that the 2020 election was stolen from President Donald Trump.

In a video posted on social media, Wardlow said he's fighting what he called the “swamp” in the Minnesota GOP. He described it as a “fear-driven” Republican-in-name-only establishment and “elites who care more about staying in power than they care about the people.”

The executive director of the Republican Party of Minnesota, Mike Lonergan, criticized Wardlow's decision to continue his campaign, saying his public commitment to abide by the party's endorsement was an "empty promise."

Wardlow's entry sets up at least a three-way primary race for the GOP nomination to challenge Democratic Attorney General Keith Ellison. Former legislator Dennis Smith, who skipped the convention, had already said he planned to run in the Aug. 9 primary.

Wardlow called both Schultz and Smith “creatures of the swamp" who can't beat Ellison in November.