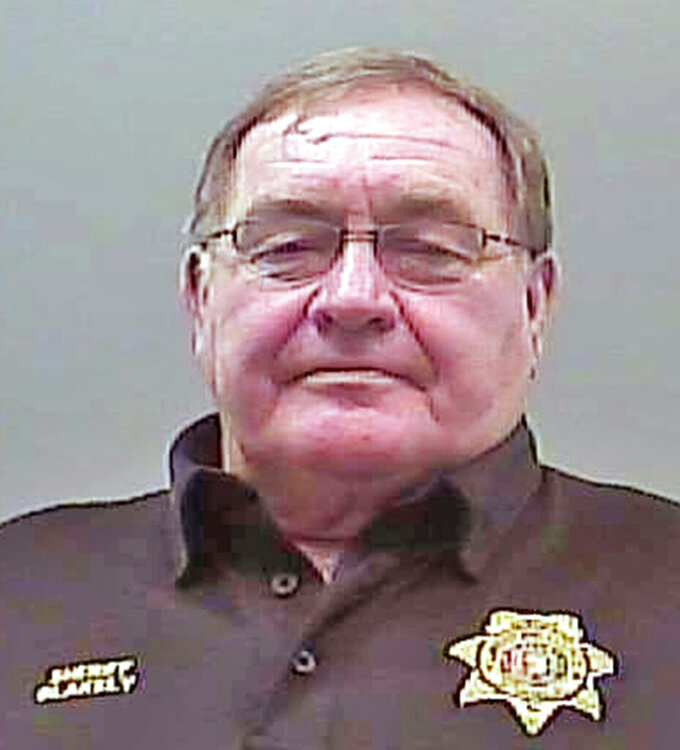 Uncredited, ASSOCIATED PRESS
FILE - This booking photograph released by the Limestone Sheriff's Office shows Sheriff Mike Blakely following his arrest on theft and ethics charges on Aug. 22, 2019. Blakely is set to stand trial nearly two years after he was indicted. Jury selection is scheduled to begin Monday, July 12, 2021, for the Limestone County sheriff, who has continued to serve despite facing a dozen felony counts alleging he stole campaign donations, got interest-free loans and solicited money from employees. (Limestone County Sheriff's Office via AP)

ATHENS, Ala. (AP) — A longtime Alabama sheriff on trial on theft and ethics charges took the stand Thursday to deny charges that could result in his removal from office after nearly four decades.

Limestone County Sheriff Mike Blakely testified about a series of transactions and checks that prosecutors say are evidence of wrongdoing and the defense contends show nothing but normal campaign finances, news outlets reported.

Blakely, 70, faces charges of using his office for personal gain, theft of campaign funds and taking money held by the sheriff’s office. He has continued working as sheriff since being indicted in 2019 on multiple charges but would automatically be removed from office with a felony conviction.