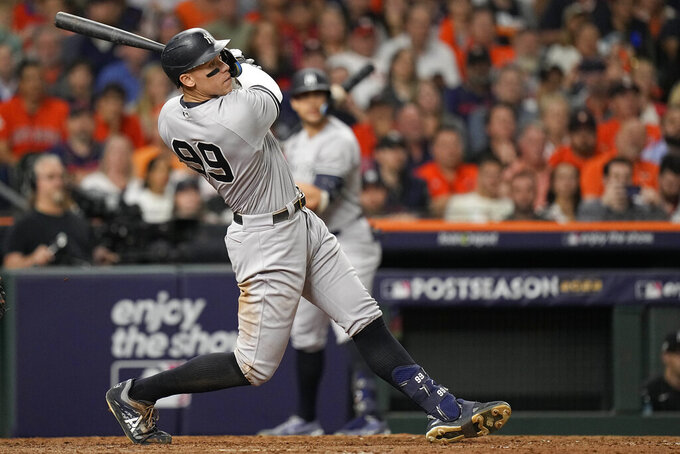 NEW YORK (AP) — Aaron Judge, Jacob deGrom and Xander Bogaerts were among 14 free agents who were given $19.65 million qualifying offers by their former teams on Thursday

Players have until Nov. 20 to accept, and top players are expected to decline and pursue more lucrative long-term contracts on the free-agent market. Players can discuss financial offers with all teams starting Friday.

Qualifying offers began after the 2012 season, and only eight of 110 offers have been accepted. Among the 14 players given $18.4 million offers last year, only San Francisco first baseman Brandon Belt said yes.

If a team makes a qualifying offer to a player who signs a major league contract with another club before the amateur draft, his former club would receive a draft pick as compensation at the end of the first round or at the end of competitive balance round B. The placement depends on the amount of the new contract and the revenue-sharing and luxury-tax status of the team losing the player.

Major League Baseball offered last winter to drop qualifying offers and direct draft-pick compensation, and the March lockout settlement tied the proposal to the players’ association agreeing to an international amateur draft. The union rejected the draft in July.