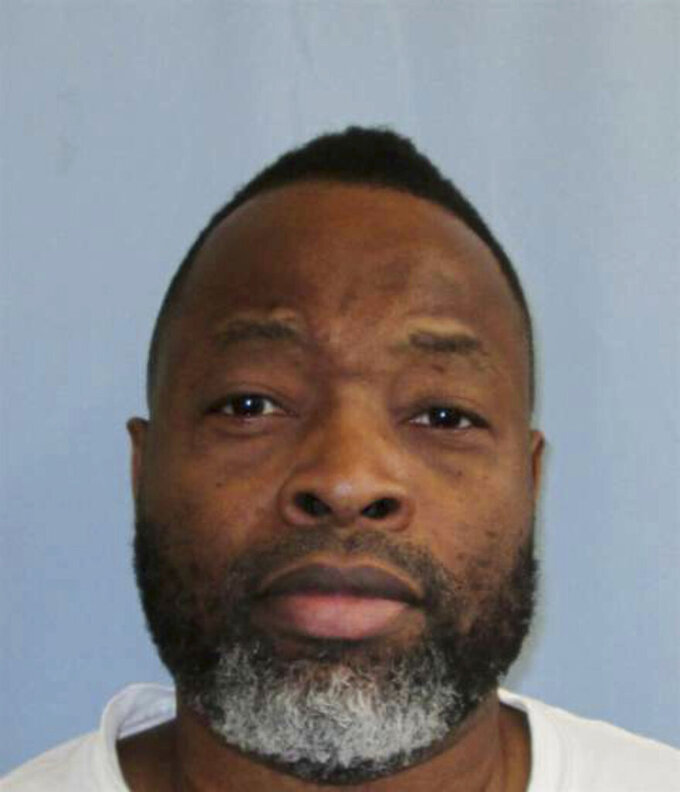 MONTGOMERY, Ala. (AP) — The Alabama Supreme Court has set an execution date of July 28 for a man convicted of killing his one-time girlfriend after breaking into her home in Jefferson County almost three decades ago, according to a court order made public Monday.

Joe Nathan James Jr. would become the second Alabama inmate put to death this year unless a court intervenes.

James, 49, was sentenced to die after being convicted of capital murder during a burglary in the killing of his one-time girlfriend, Faith Hall, in Birmingham.

James, who had a history of stalking and harassing the woman, showed up at her apartment on Aug. 15, 1994, forced his way inside and accused her of unfaithfulness, court documents show. James pulled a gun out of his waistband and shot the woman, who died of multiple gunshot wounds, and James was later arrested in California.

A Jefferson County jury convicted James of capital murder in 1996 and voted to recommend the death penalty, which a judge imposed. The conviction was overturned when the Alabama Court of Criminal Appeals ruled that a judge wrongly admitted some police reports into evidence.

James was retried and again sentenced to death in 1999, when jurors rejected defense claims that he was under emotional duress at the time of the shooting. Courts have since rejected appeals by James including claims that his lawyers were ineffective, and the state asked the court in March to set an execution date.

James has never claimed to be innocent, the state argued, and he's exhausted his appeals.

In a hand-written appeal filed in federal court on his own behalf in April, James again claimed his lawyers were ineffective and said a judge wrongly admitted evidence and allowed prosecutors to ask improper questions. A judge hasn't ruled on his petition, records show.

While inmates can choose lethal injection or the electric chair, none has opted for electrocution. James' execution would presumably be carried out by lethal injection since the state hasn't said it is ready to conduct executions by an untried method called nitrogen hypoxia.

Matthew Reeves was put to death in January by lethal injection in the state’s only execution so far this year.