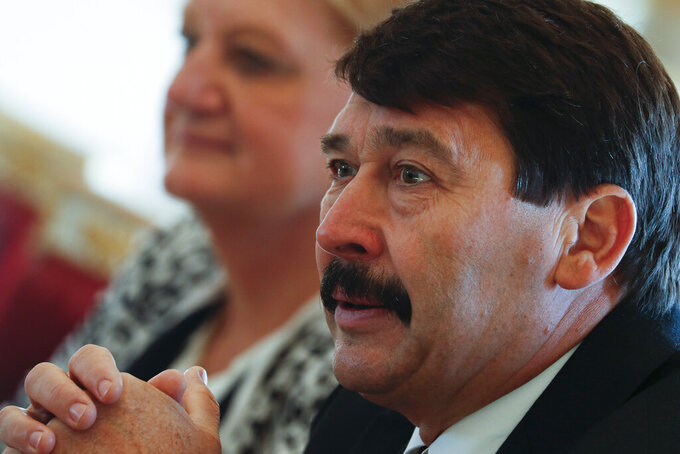 Relations between the countries will be elevated to a strategic partner status, Moon said, adding that significant South Korean investments into the manufacturing of electric vehicles and batteries in Hungary could be expanded.

Moon’s visit was part of a nine-day European tour that includes a Thursday summit in Hungary's capital with the leaders of the Visegrad Group, a pact of four countries that includes Hungary, Slovakia, Poland and the Czech Republic. Moon visited Italy and the United Kingdom earlier in his trip.

He was expected to hold a closed-door meeting with Hungarian Prime Minister Viktor Orban later Wednesday, according to an official with the prime minister’s office.

It was the first state visit of a South Korean president to Hungary since 2001.

“We have two common points concerning climate change," Ader said. "We both agreed that our countries will be carbon-neutral by 2050, and we both think that climate neutrality cannot be achieved without nuclear energy.”

South Korea is one of Hungary's most important investors, Ader said, adding that the country had invested more than $5 billion in Hungary to date and that capital investments in 2019 had surpassed those of Germany, a key trade partner for Hungary.

“We trust that this tendency will continue,” Ader said.