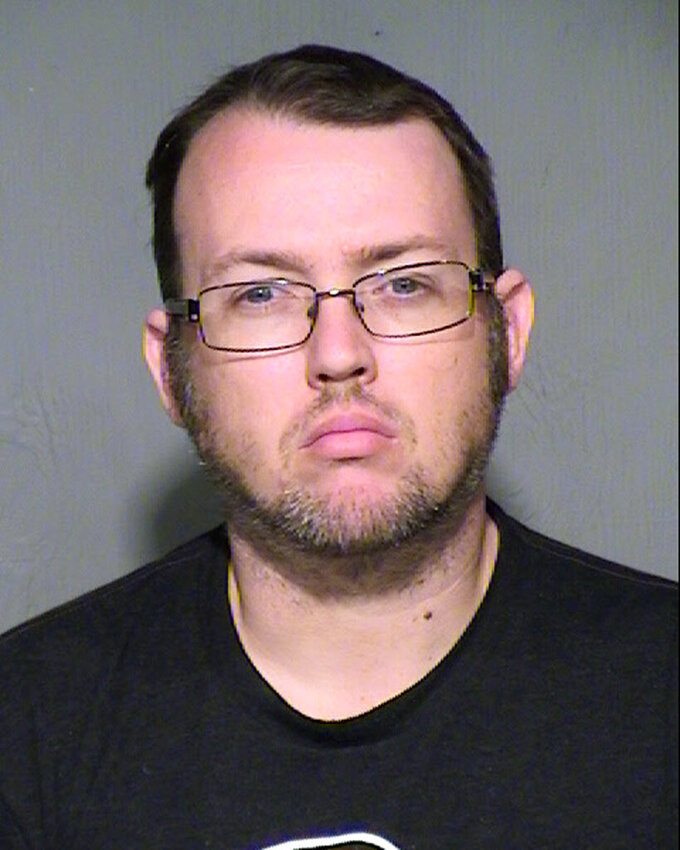 Uncredited, ASSOCIATED PRESS
FILE - This undated booking photo provided by the Maricopa County Sheriff's Office shows Bryan Patrick Miller, who faces murder and other charges in the stabbing deaths of two young women in northwest Phoenix in the early 1990s. His attorney said on Wednesday, July 21, 2021, that he intends on mounting an insanity defense on Miller's behalf. Miller has pleaded not guilty to the charges. (Maricopa County Sheriff's Office via AP)

PHOENIX (AP) — A man charged with sexually attacking and fatally stabbing two young women in the early 1990s as they rode bikes near a canal system in Phoenix plans to mount an insanity defense at his upcoming trial.

An attorney for Bryan Patrick Miller said in court records last week that he believes his client isn’t psychologically fit to assist in his defense and is seeking a postponement of his Sept. 21 trial.

Prosecutor Vince Imbordino said defense attorneys haven't disclosed to him Miller’s basis for requesting a mental evaluation and instead filed paperwork over the issue with the court, where it remains under seal.

“This defendant has been in custody for six years. He has been seen by multiple defense experts who have never even raised the possibility of insanity,” the prosecutor wrote. “This is just yet another in a long line of delaying tactics.”

R.J. Parker, one of Miller’s attorneys, declined to comment on the bid for an insanity defense.

Police said Miller denied any involvement in the killings but acknowledged living in the vicinity of the killings at the time and said he rode his bike on bike paths in the area.

Miller has pleaded not guilty to charges of murder, kidnapping and attempted sexual assault. Prosecutors are seeking the death penalty.

Brosso and Bernas disappeared in north Phoenix near the Arizona Canal. Brosso was found nude and decapitated in a field near a bike path that’s adjacent to the canal.

Ten months later, Bernas’ body was discovered floating in the canal. Authorities said semen evidence collected in the aftermath of both crimes showed the attacks were linked to the same suspect.

The killings faded from public attention after police were unable to link the DNA profile collected from the scenes to a specific suspect. The Phoenix Police Department’s cold-case unit was on the cases again in 2011, according to court records.

In 2014, a genealogist who uses ancestry databases in her research was given access to the DNA gathered in the investigations and eventually came up with the last name Miller. Bryan Miller had been on the police department’s list of investigative leads in the case, according to court records.

Authorities have said Miller was charged with but ultimately acquitted in the 2002 stabbing of a woman in Everett, Washington, after saying the woman tried to rob him.

The Washington state case didn’t require him to submit a DNA sample because he was acquitted. He later moved back to Arizona.