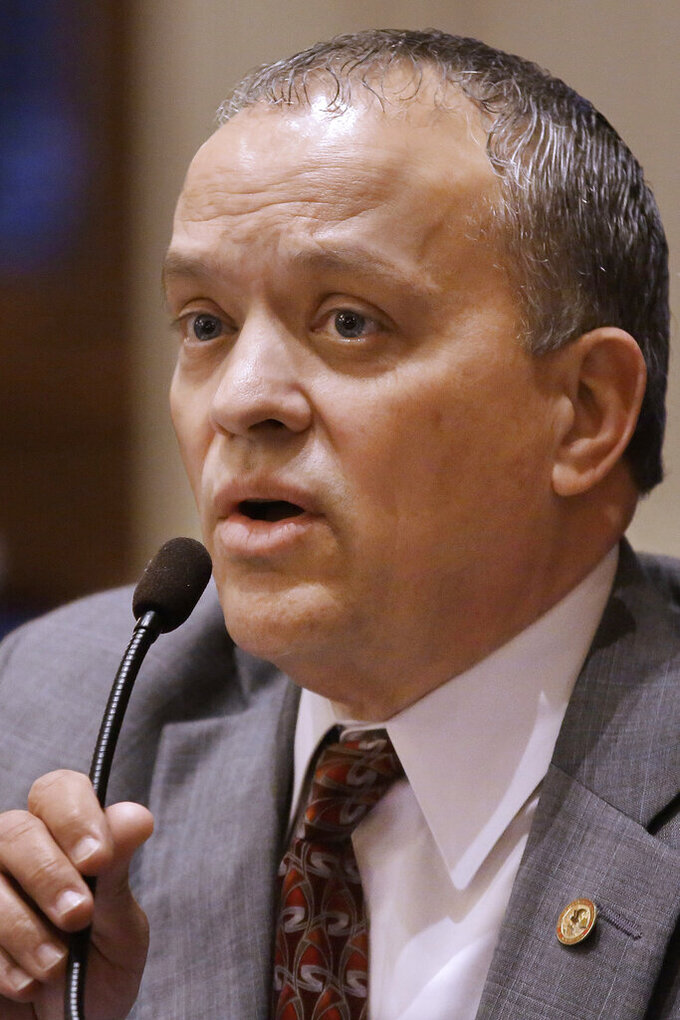 Seth Perlman, ASSOCIATED PRESS
FILE - In this April 16, 2013, file photo, Illinois Rep. Luis Arroyo, D-Chicago, speaks on the House floor during session in Springfield, Ill. Arroyo a former Democratic leader in the Illinois House of Representatives pleaded guilty Wednesday, Nov. 3, 2021, in a bribery scheme that cost him his political career and could send him to prison for 20 years. (AP Photo/Seth Perlman, File)

SPRINGFIELD, Ill. (AP) — A former Democratic leader in the Illinois House of Representatives pleaded guilty Wednesday in a bribery scheme that cost him his political career and could send him to prison for 20 years.

Luis Arroyo entered the plea in U.S. District Court in Chicago to one count of depriving the public of his honest services through a scam that involved popular but technically illegal “sweepstakes” games and entwined a state senator and the son-in-law of a once-powerful Cook County politician.

The so-called blind plea, offered without knowing of the sentence he will receive, could land the 67-year-old Chicago Democrat in prison for 20 years and cost him a $250,000 fine. Sentencing was set for Feb. 18.

Arroyo was charged with bribery in October 2019 after federal prosecutors announced he had paid a $2,500 bribe to an unnamed state senator who was wearing a recording device. He resigned the next month from the House seat he had held for nearly 13 years while rising to a leadership position.

Weiss allegedly began paying Arroyo bribes in November 2018 in exchange for the lawmakers' support of legislation favorable to sweepstakes machines, a specialty of Weiss' company. Not technically gambling instruments, they proliferate even though state regulators have declared them illegal.

Needing an ally in the Senate, Arroyo approached a then-veteran member of that chamber who was cooperating with the FBI for leniency in a false tax return investigation. The senator recorded a meeting with Arroyo in which the two agreed to $2,500-per-month in kickbacks for the senator's complicity.

Citing anonymous sources, the Chicago Sun-Times and Chicago Tribune identified the senator as Democrat Terry Link of Vernon Hills, who repeatedly denied the label. But Link pleaded guilty in September 2020 to filing a false tax return before resigning his post. The FBI announced Link had been cooperating with the government criminal investigation and prosecutors indicated they would seek probation if his help continued in good faith.