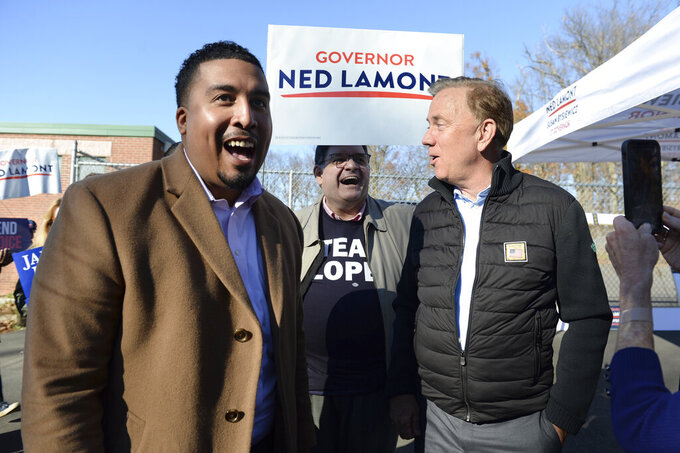 The Democrat said he has asked his budget director to review state gas tax revenues and budget reserves to see what can be done before the General Assembly convenes in January.

“I've got to see what we can afford and we're going to model this out,” he said, noting he wants to make sure there's still enough revenue to fix roads and bridges. “Right now, I think we're in decent shape, but I'd like to sit down and talk with the legislature about how we can continue a gas tax cut beyond December 1st.”

Inflation and affordability were key issues in the race for governor. Lamont often pointed to the wide-ranging Democratic tax-reduction package he signed into law earlier this year that included about $600 million in cuts, including continuation of a 25-cent-per-gallon gas tax cut until Dec. 1. His Republican challenger Bob Stefanowski argued that more needed to be done, proposing a $2 billion tax relief package.

During a morning radio show on Wednesday, shortly after conceding the race to Lamont, Stefanowski said he urged the governor during a phone call to “take care of both sides of the aisle" and try to help everyone who is struggling with high inflation.

“I think he’s a good guy. He’s probably going to try to do the right thing. But, you know, we’re headed into a 40% increase in utility costs and rolling blackouts. I just hope he puts the people first. I’m sure he’ll try his best.” Stefanowski said.

Lamont, who appeared with fellow Democrats outside the state Capitol for a victory news conference, insisted he understands that residents are facing financial pressures. Besides pledging to enact some kind of immediate relief before the regular legislative session — something Democratic legislative leaders have also discussed — Lamont said he plans to work with lawmakers after January to find other ways to make the state more affordable.

"I’m going to make sure that I do everything that I can to make sure to help the middle class during this incredibly tough time,” he said.

Lamont also stressed Wednesday that he plans to submit legislation to extend spending limitations included in a bipartisan state budget deal reached five years ago and are scheduled to expire in 2025. There have been some suggestions by some lawmakers to scale it back and divert money to other initiatives.

“I think it served us very well, and I am going to be asking the legislature to continue that going forward," Lamont said. "It gives us a clear sense of direction and how we’re getting our fiscal house in order."