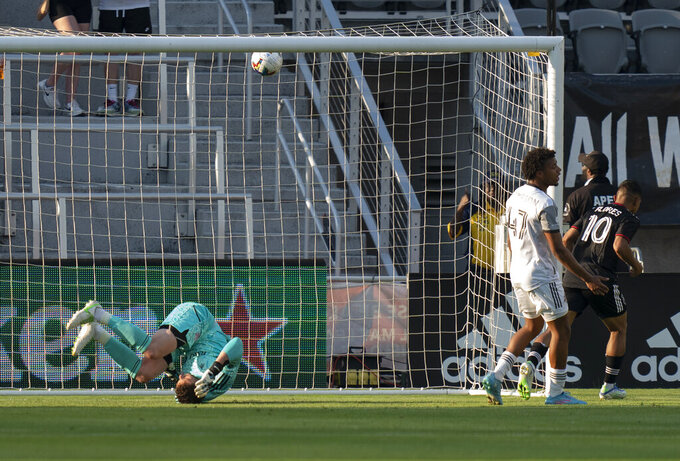 Manuel Balce Ceneta, ASSOCIATED PRESS
Toronto FC goalkeeper Alex Bono (25) falls on his back as he tries to stop a goal from D.C. United forward Édison Flores (10) during the first half of an MLS soccer match against in Washington, Saturday, May 21, 2022. (AP Photo/Manuel Balce Ceneta)

Osorio, who missed the previous three matches with a lower-body injury, was in the right place to tap in a rebound for the equalizer.

United took a 2-1 lead on a goal by Michael Estrada in the 56th minute.

Toronto had three fewer shots than United but had a 6-5 edge in shots on goal.