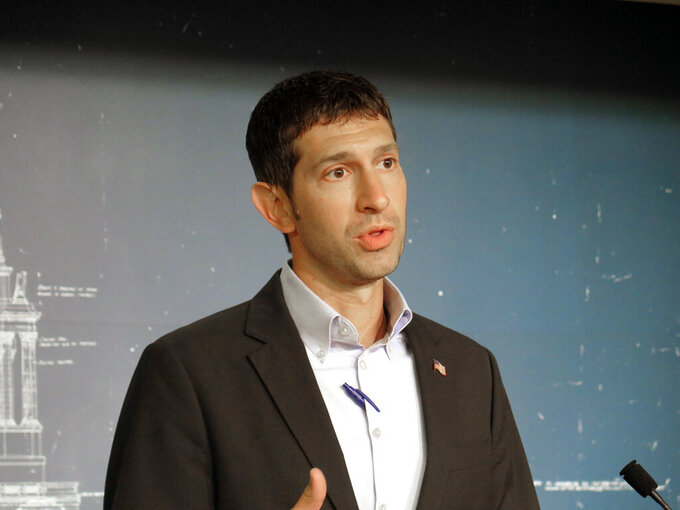 MINNEAPOLIS (AP) — Minnesota Senate Republicans have chosen Sen. Jeremy Miller, of Winona, to be the chamber's new majority leader to replace Paul Gazelka, who stepped down from his leadership post to run for governor.

The Republicans plus two independents elected Miller as their caucus leader at a meeting Wednesday night. Officially naming him majority leader will require a resolution the next time the Senate meets, which will likely be during a special session in the next few weeks if leaders can agree on a $250 million bonus package for frontline workers in the pandemic.

Miller was first elected to the Senate in 2010. He had been president of the chamber since 2019, a job that included presiding over floor sessions and trying to stay above the partisan fray. He told reporters Thursday that he's “more of a behind-the-scenes kind of guy” and made a pitch for bipartisan cooperation. He said he already has a very good relationship with Democratic House Speaker Melissa Hortman, of Brooklyn Park.

“I have the opportunity to unite our caucus and at the same time work together with colleagues on both sides of the aisle, in both the House and the Senate, to get good things done for the people of the state of Minnesota," Miller said.

Democratic Gov. Tim Walz has said that he won’t call a special session unless Senate Republicans agree not to fire his health commissioner, Jan Malcolm. Sen. Jim Abeler, of Anoka, last month said he was considering seeking her ouster over her handling of the pandemic. Miller was noncommittal about what position his caucus might take on her future.

Miller, a husband and father of three, is also chief financial officer for his family's scrap metal company. He's succeeding Gazelka, of East Gull Lake, who had been majority leader since the 2017 session and launched his gubernatorial campaign on Wednesday.

Senate Democrats plan to meet Monday to elect their own new leader. Sen. Susan Kent, of Woodbury, announced last week that she was stepping down as minority leader and won’t seek reelection next year for family reasons.