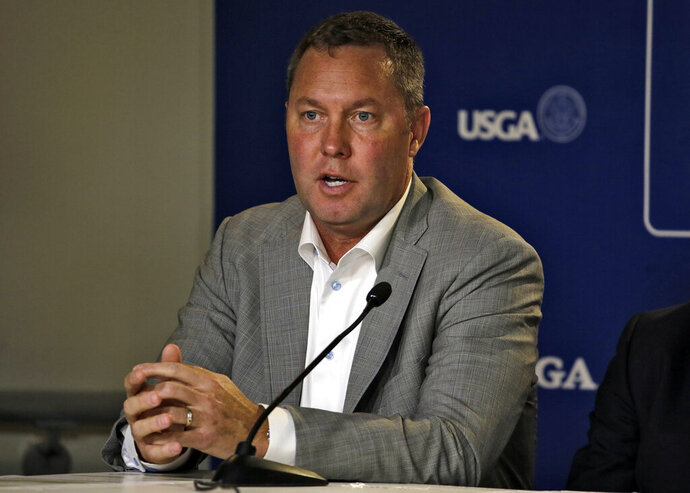 FILE - In this May 6, 2015, file photo , LPGA commissioner Mike Whan speaks during a press conference at The Players Championship golf tournament in Ponte Vedra Beach, Fla. Whan pulled the LPGA Tour out of a deep hole when he took over as commissioner nine years ago, and he’s not finished yet. Whan has signed what the LPGA described only as a long-term contract extension that keeps him in charge as women’s golf tries to expand its exposure through a new television contract being negotiated. (AP Photo/Chris O'Meara, File)