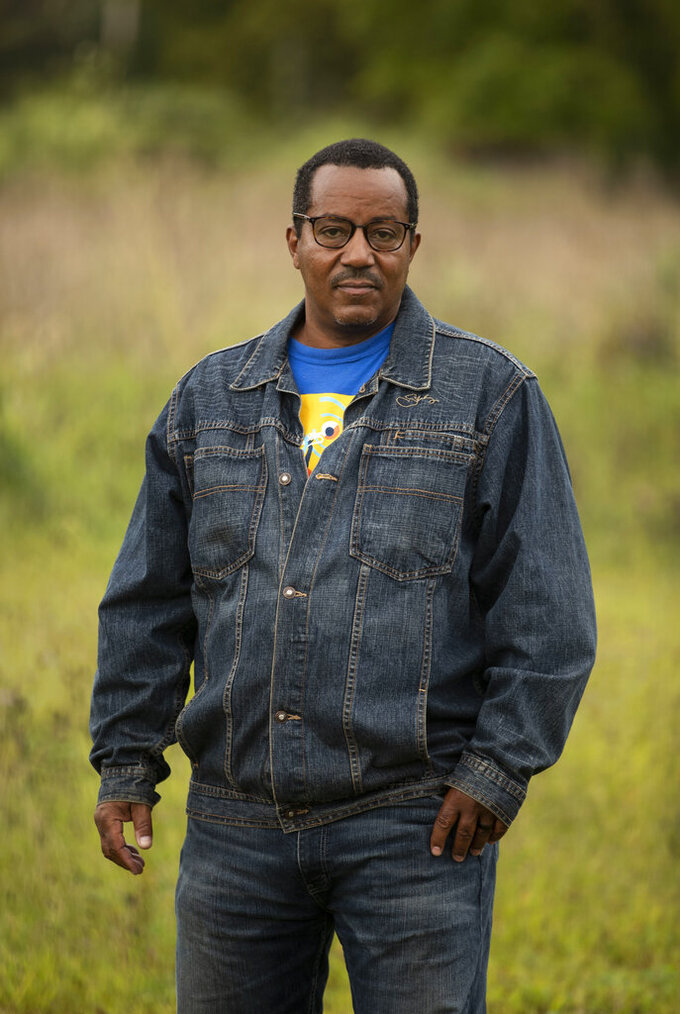 CHESTER, Pa. (AP) — Eyre Park was a tight and vibrant Chester development where the alumni rhapsodically recall summers of hide-and-seek, water-balloon fights, imprisoning lightning bugs in jars, and frantically chasing down the ice cream trucks in a neighborhood they had never wanted to leave.

“It was a great place to be raised,” said Jim Liounis, who lived there for 12 years and is organizing a neighborhood reunion. “You couldn’t ask for anything more.”

Save for a less dangerous setting, that is.

Eyre Park was situated in a peninsula ensnared by an opaque creek, which dutifully ferried filthy water to a river that was the color of factory smoke, was unfit for swimming, and was inhabited by homely whiskered catfish that looked as if they swam out of prehistory, fit only for throwing back into the stream.

Fifty years ago, the stream turned killer. A 16-foot tidal wave of water — more ferocious than the worst of Ida’s flooding in the Philadelphia region — erupted from Chester Creek, killed 10 people in Chester, rampaged through the downtown, devastating businesses, and effectively erased Eyre Park, displacing 216 households, among 450 citywide.

For Chester, the 1971 flood was a horrific attack at a most vulnerable time in a city that already was leaking population, jobs, and riverfront industry, and recovering from the racial strife of the tumultuous 1960s.

The aftermath was a disaster unto itself. It left Eyre Park owners begging the city to condemn the mud-filled homes in the neighborhood they once loved.

It became a case study in the hazards of risky building in an era that marked a watershed in the nation’s Sisyphean and ever-costly struggles with flooding that climate and development patterns suggest could only worsen.

And it became a case study of how a disaster can affect a neighborhood, and in this instance an entire city, now home to 34,000 residents — down more than 25,000 from 1970 — nearly a third of whom live in poverty.

At the site of the erstwhile development, a monument to the flood victims marks the entrance of the Eyre Park Levee Trail, dedicated in March, part of what Mayor Thaddeus Kirkland called the area’s “transformation.”

But reviving the economy has been a 50-year struggle for Delaware County’s only city, said Stefan Roots, who was 10 when his father had made a deposit on an Eyre Park house right before the flood hit.

A foot-plus of rain

Precisely what incited the deadly waves to crash through a levee remains unclear. The mayor at the time blamed faulty dike construction and a closed railroad bridge.

The U.S. Geological Survey blamed the 12-plus inches of rain — better than a season’s worth — that had fallen in a three-day period atop grounds saturated from tropical storm remnant rains in late August. A whole lot of that came on the 13th. It said the flooding was exacerbated by “various structures” in the creek.

What is clear is that the neighborhood had a robust flooding history. Chester Creek flooding was observed by the early European settlers in 1693. But proving that sometimes even the obvious is true, a federal report said it “did not become a problem until development in the floodplain took place,” a reality that still is having relentless rippling effects across the country.

Some residents later said they never would have bought a house in Eyre Park if they knew about the hazards. Lenton Warren, Roots’ father, said no one had told him about them when he made his deposit.

All he knew was that the house and neighborhood were what he wanted for his wife, son, and daughter, and that he was eager to join Eyre Park’s handful of Black families.

“If you work in Chester, why not live in Chester?”

That was the sales pitch in the Chester Times ad for the three-bedroom “Eyre Park Homes” in 1939. The brick houses were selling for about $95,000 in today’s dollars, and, yes, a whole lot of people were working in Chester.

The riverfront factories were on fire during World War I and another wartime boom was imminent. At the height of World War II, 34,000 people were employed at the Sun Shipbuilding & Dry Dock Co.

The downtown department stores — Speare Brothers, Weinberg’s, Sears & Roebuck, Stotters — prospered, as did the supermarkets, and the sandwich shops that were feeding the people who were making the ships, anchors, and automobiles.

By 1950, more than 66,000 people were living in a city that was bustling. Eyre Park was in the thick of it all — a short walk away from the core downtown, schools, and a spacious park.

“Back then it was OK for kids to play outside well into the night,” said Lisa Sibley, whose parents bought a house there in 1966. Relatives lived two blocks away. She recalled playing dodge ball with her uncle against the walls of the new YMCA building near the creek banks

Families were close, their kids went to school together and likely did other things that wouldn’t appear in the average Norman Rockwell painting.

But the postwar years brought floods of trouble to the town’s factory base and radical changes in demographics.

From 1960 to 1980, the population plummeted almost 30%, as surrounding towns with their attractive newer housing grew rapidly. The out-migration of white families from Chester is well-documented, and today the city’s population is about 80% people of color.

Nature fired warning shots at Eyre Park with serious floods in 1950, after which the Army Corp of Engineers built a levee and made recommendations that appeared to gather dust, and in 1955. Jim Liounis, whose family had moved several years later, well-remembered that one.

He still had friends in Eyre Park, and feared for their lives on that rainy Monday in 1971.

He went to the home of Jim Cowan to help him salvage what he could and evacuate. Cowan and Liounis wisely gave up on the salvage operation and decided to make an escape. With Liounis leading and making look-backs at Cowan, they walked single file on the highest ground they could find. But “that water was streaming through. I could barely keep my footing, the current was so strong. I was scared to death.”

To his horror, at one point Cowan had disappeared, carried away by the floodwaters, and presumed drowned. To his relief, Liounis later learned that Cowan somehow managed to grab onto a tree. He was just about to give it up when a rescue boat came by.

Several other stories surface of people saving their lives by using trees as lifelines. Some of the rescue tales were horrifying.

Rescue boats tried to save a crowd of evacuees huddled in the rear of a dump truck stranded in high water. In a harrowing tale recounted in the Daily Times, after a pickup, one of those boats struck a partially submerged traffic light and took on water, spilling an elderly couple who were swept away and drowned by the floodwaters.

The past and future of flooding

These days flood insurance is a mortgage requirement in floodplains. That was not the case in 1971.

None of the Eyre Park homes had flood insurance, which had just become available under the brand-new National Flood Insurance Program, in which Chester — along with most communities — wasn’t yet participating.

The government got into the business because private insurers wanted no parts of flood coverage because flooding was so pervasive.

The program has been swamped in red ink because payouts have far exceeded premiums, especially since 2005, the year of Katrina. NFIP has been a drain on taxpayers, because the Treasury must cover the shortfalls.

As of August 2020, NFIP was $20.5 billion in debt, according to the Government Accounting Office. That’s atop $16 billion forgiven in October 2017.

Eyre Park likely would have been in a high-risk zone, but the government didn’t publish its first set of Flood Insurance Rate Maps until the late 1970s.

Had the homes survived, it’s possible that FEMA, which runs the insurance program, might have purchased and demolished them. That saves payout costs on flood-prone properties, but the Government Accountability Office points out that although that strategy works, “the number of such properties keeps growing.”

‘A punch in the gut’

“We could literally be standing in somebody’s living room right now,” said Stefan Roots, standing in the parking lot of the Levee Trail park. He works for Delcora, the wastewater management company, and he now is active in politics, running for City Council.

He recalled that a fire had closed the town skating rink, three years before the flood. He expected it to reopen in a few months. It never did, and that was “a punch in the gut to a lot of us.”

But he said nothing prepared him for the permanent loss of businesses in the years after the flood. “To see that our downtown hasn’t revived is really heartbreaking,” he said.

“Look, we’re standing on something that never came back as a neighborhood. This is the city of not coming back.”

Roots recited a refrain of the city’s assets familiar to those who have puzzled over Chester’s economic profile — a riverfront, railway, proximity to Philadelphia International Airport that most Philadelphians would envy, ready highway access, a major university with a sprawling campus.

Chester, he said, is in “a perfect location. It has the bones to support twice as many people. We have so much space to bring stuff here.”