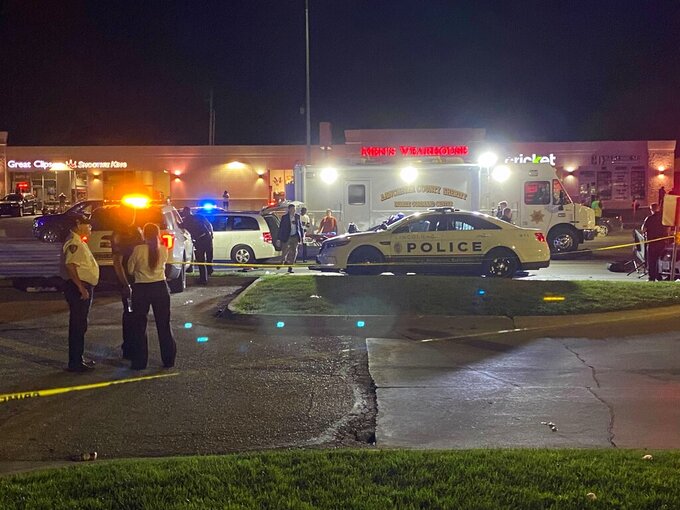 LINCOLN, Neb. (AP) — A young man was arrested and charged Tuesday with two counts each of manslaughter and driving under the influence causing injury in a Memorial Day weekend crash in Lincoln that killed two women and injured 20 bystanders, police said.

The crash happened the night of May 29 along a Lincoln thoroughfare as a crowd watched classic cars cruise down the street. Investigators said information gleaned from Stark's crashed car showed he had been driving at nearly 90 mph (145 kph) before colliding with another car.

Stark’s case did not appear in online court records Tuesday and it wasn’t immediately known if he had a lawyer who could speak on his behalf. Lancaster County Attorney Patrick Condon confirmed that Stark was charged Tuesday, but he did not know if Stark has an attorney.

Police earlier said Stark tested positive for marijuana use after the crash, but that an alcohol breath test was negative.

The crash killed two women in the other car: driver Emily Siebenhor, 20, and passenger Edith Hermosillo, 22. The impact sent both cars onto the sidewalk, where they struck a crowd of onlookers watching the cruising event.

Police have said neither of the cars in the crash was involved in the cruising event in Lincoln, about 46 miles (74 kilometers) southeast of Omaha.