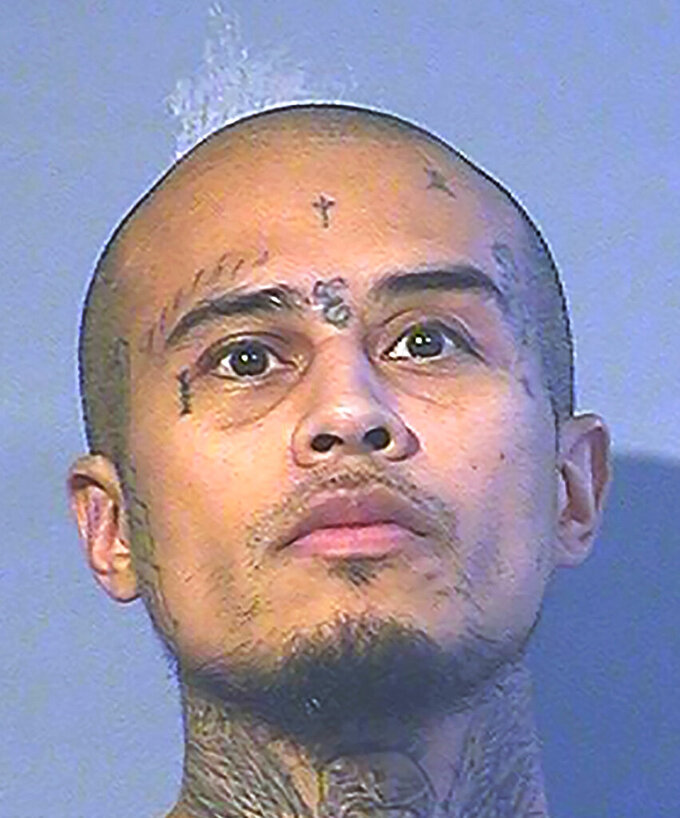 Uncredited, ASSOCIATED PRESS
This March 11, 2020 photo provided by the California Department of Corrections and Rehabilitation shows Edgar Delgado. Delgado, 39, died Tuesday, May 3, 2022, after he was attacked by another inmate with a homemade weapon in a maximum security yard at Salina Valley State Prison in Soledad, Calif. Delgado had been serving a sentence for life with the possibility of parole since 2008 for Los Angles County convictions of two counts of attempted first-degree murder of a peace officer or firefighter with a firearm. (California Department of Corrections and Rehabilitation via AP)

SACRAMENTO, Calif. (AP) — An inmate has been killed in an assault at a California state prison south of San Francisco, officials said Wednesday.

Edgar Delgado, 39, died Tuesday evening after he was attacked by another inmate armed with a homemade weapon in a maximum security exercise yard at Salinas Valley State Prison in Soledad, prison officials said.

Authorities said they're treating Delgado's death as a homicide and didn't release the other inmate's name, citing an ongoing investigation by prison officials and the Monterey County District Attorney’s Office.

Delgado was serving a sentence of life with the possibility of parole since 2008. He was convicted in Los Angeles County of attempted first-degree murder of a peace officer or firefighter with a firearm, shooting a firearm with gross negligence and possession of a firearm by an ex-felon.