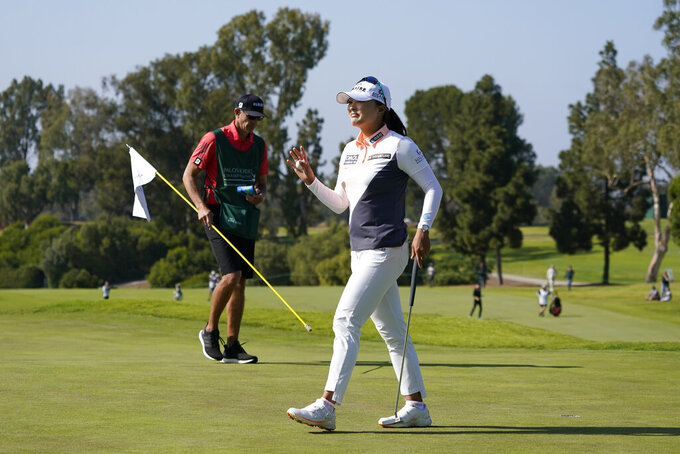 Ashley Landis, ASSOCIATED PRESS
Jin Young Ko waves after finishing her game on the 18th green during the final round of the LPGA's Palos Verdes Championship golf tournament on Sunday, May 1, 2022, in Palos Verdes Estates, Calif. (AP Photo/Ashley Landis) 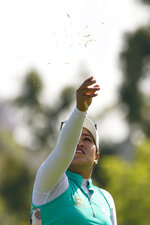 CLIFTON, N.J. (AP) — The Cognizant Founders Cup on the LPGA Tour is setting up shop at a new home just a little closer to New York City this year.

Just seven months after Jin Young Ko defended her 2019 title at Mountain Ridge County Club in West Caldwell, New Jersey, the event honoring the 13 founders of the LPGA Tour will be played next week at the Upper Montclair Country Club in Clifton.

Even in New Jersey, that's less than a 15-minute drive. And on a clear day, the Big Apple skyline will be visible.

Tournament director Scott Wood said there was talk of returning to Mountain Ridge but playing the event in May posed a problem for the club.

“We wanted to stay close. We wanted to be to be able to get our footprint here in the north, you know, northern New Jersey area,” he said. “Cognizant is from Teaneck, New Jersey. So everything really kind of started snowballing and really became a comfort factor for us to come back to a place that’s familiar for LPGA fans, a beautiful facility.”

The course is no stranger to tournament play hosting PGA Tour, LPGA and a senior event that featured NFL players. Among the winners have been Arnold Palmer, Nancy Lopez, Pat Bradley, Lorena Ochoa, Lee Trevino and Raymond Floyd.

The Founders Cup, which started in 2011 and had its first 10 events in Arizona, will have a $3 million purse. It's the most money for a non-major, non season-ending event on the LPGA Tour.

Cognizant, a technology solutions company, has made a commitment to be the sponsor for the next three years, Wood said.

“They want to put the right measures in place to be able to make an impact for players, for our tour and for women’s sports and to be able to be a driving force for other companies to kind of get on that board,” Wood said. “There is a large gap between men and women’s sports, and Cognizant is at the forefront of making those change.”

A.W. Tillinghast designed the original 18 holes and Robert Trent Jones Sr. did the renovation in the 1950s that expanded it to 27 holes. This will be the first LPGA event at Upper Montclair since Ji Young Oh won the LPGA Sybase Classic in 2009.

Stacy Lewis, who will be the captain of the U.S. Solheim Cup team next year, was a rookie on tour in 2009. She said he doesn't remember the course well, but she hopes things start clicking when she gets on the course again.

When asked about being a playing captain for the Solheim team, she quipped she hopes there are 12 American women playing better than her next year.

Ko, who has already won twice on tour this year, will headline the field of 144 players in the 72-hole event.